Justice Suresh Kait said no interim relief can be granted to Goyal at this stage and added that he may deposit Rs 18,000 crore guarantee if he wants to travel to a foreign country now. 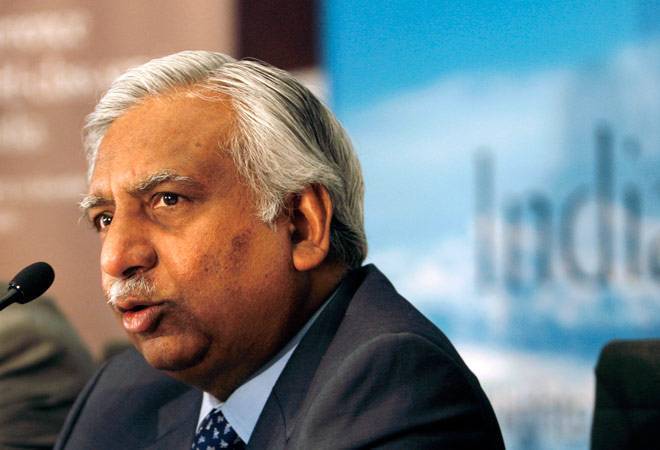 The Delhi High Court has refused Naresh Goyal, founder of Jet Airways, the permission to travel abroad. Justice Suresh Kait said that Goyal may submit an amount of Rs 18,000 crore beforehand, if he wants to travel abroad. He also added that an interim relief cannot be granted at this stage.

The court has also sought Centre's reply on the plea Goyal had filed against a look out circular (LOC) issued against him.

Goyal's plea challenged the issued LOC was heard in the court. It said that when he was de-boarded from the flight to Dubai on May 25, in a flight en route to London, there was no FIR or ECIR filed against him. He was visiting Dubai and London to organise required funds for the financial problems faced by Jet Airways.

The notice was filed by the corporate affairs ministry after they suspected peculiar actions by the airline company. After this, Naresh goyal and his wife, Anita were asked to de-board from the flight, which is when Goyal realised that a notice has been filed against him. The court has listed the matter for hearing next on August 23.

Naresh and Anita Goyal had resigned from the board of Jet Airways, which the former founded 26 years ago, in March following a debt restructuring plan. He had also resigned as the airline's chairman. The board of the airline was taken over the SBI-led consortium of banks that had extended loans to be company.

Jet airways was going through a financial crisis and due to huge debt on it, it had to stop their operations. The total liability came to Rs 15,000 crore including the amount liable to vendors and employees. Jet Airways is undergoing insolvency proceedings.

Meanwhile, the ministry has also ordered a probe by SFIO into the affairs of Jet Airways.