Stating his bullishness on revival of passenger activity in terms of air travel, Union Civil Aviation Minister Hardeep Singh Puri said that the aviation sector was already on a steady path before the coronavirus pandemic 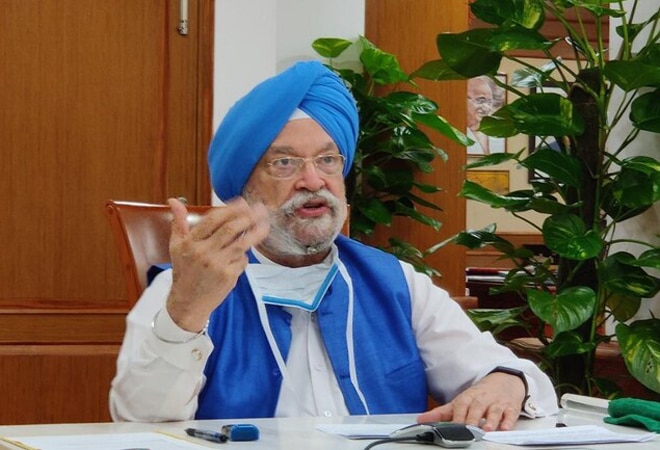 Domestic aviation could return to pre-COVID-19 level either by the end of December or by the beginning of 2021, Union Civil Aviation Minister Hardeep Singh Puri said.

Stating his bullishness on revival of passenger activity in terms of air travel, Puri said that the aviation sector was already on a steady path before the coronavirus pandemic, adding that recovery, since the government opened civil aviation on May 25, has been "steady and predictable."

Talking about the resumption of international flights, Puri stated that it depends on factors such as "domestic civil aviation crossing the 50 per cent mark" which he claimed has been achieved, "the behaviour of the (corona) virus... and lastly, vaccine."

He noted that once the COVID-19 vaccine is available, people will "get the confidence to fly." Puri further added that a lot also hinges on "easing of entry restrictions in foreign countries."

Talking about whether the government will allow airlines to operate at 100 per cent capacity, from the present 70 per cent, the union minister said that the Centre has taken the decision to resume domestic operations in a "calibrated manner" coupled with fare capping, in the wake of coronavirus pandemic and in the interest of passengers as well as airlines.

He enunciated that the capacity has been raised from 60 per cent to 70 per cent recently, "keeping in view the festive season". He further told the publication that the government is closely monitoring the present situation and will decide on whether to allow airlines to operate at 100 per cent capacity would depend on the situation "which may arise in near future."