The court has taken a stern view of the fact that UBHL, until recently the holding company of the grounded Kingfisher Airlines, has reneged on the corporate guarantees it provided to creditors in favour of the airline. 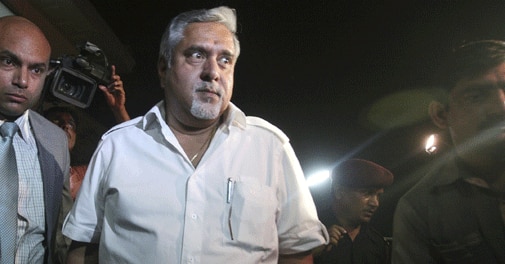 Liquor baron Vijay Mallya's troubles have worsened. The Karnataka High Court on Friday annulled UB (Holdings) Limited (UBHL) stake sale in United Spirits Limited (USL) to Diageo PLC , the world's largest spirits company. The court has taken a stern view of the fact that UBHL, until recently the holding company of the grounded Kingfisher Airlines, has reneged on the corporate guarantees it provided to creditors in favour of the airline.

"Promoters will henceforth show due seriousness to creditors everywhere. The court ruling shows they cannot be treated lightly, " he added.

Reacting to the court judgement, Mallya said, "We will take all necessary steps to protect Diageo's interests as well as our own."

Similarly, Diageo said it is awaiting receipt of the detailed written order of the division bench of the Court of Appeal in Karnataka.

"We do not believe that there are any grounds for declaring the sale of the 10,141,437 shares in United Spirits Limited (USL) (6.9 per cent of USL) purchased by Diageo on 4 July 2013 from United Breweries (Holdings) Limited (UBHL) as void."

"Once we receive the full written order of the Court of Appeal, we will review the detail of that order. We confirm that we intend to appeal the matter further," it added.

In its statement, USL said the judgement "is in excess of 150 pages, which requires the company to first study it after a copy is made available and thereafter, consider the options".

"Till then we are unable to comment in any greater detail, except to say that one of the obvious options that we have is to prefer an appeal before the Supreme Court when it re-opens in January," it added.

UBHL had provided corporate guarantees to the airline, which acquired three aircraft by borrowing money from BNP Paribas.

Mallya has been at the centre of a storm for several months now after Kingfisher Airlines and UBHL failed to pay salaries to the airline employees and honour its commitments to creditors, vendors and lenders.

The court's order follows a petition from creditors seeking winding-up of UBHL over unpaid dues. The court has upheld the claim of BNP Paribas which had sought liquidation of UBHL to recover Rs 203 crore.

It became clear that Mallya was in for big trouble when a division bench of the Karnataka High Court rejected UBHL's appeal against the proceedings before the single bench. In November last year, USL promoters (UBHL and other entities) sold off 19.3 percent stake in the Bangalore-based liquor company to Diageo at Rs 1,440 per share. The transaction led to hopes among banks and creditors that Mallya may use part of the proceeds to clear their dues but that did not happen.

UBHL had an exposure of Rs 13,014 crore by way of investments and guarantees to Kingfisher Airlines. Analysts had asserted that the guarantees UBHL had provided to the airline was much more than its own net worth.

The USL  stock closed at Rs 2570 on both the NSE and the BSE on Friday, rising about one per cent in intraday trading.