The competition in full-service sector is heating up with no guarantees there will be enough passengers willing to pay higher prices to sustain three carriers in a market where low-fares dominate. 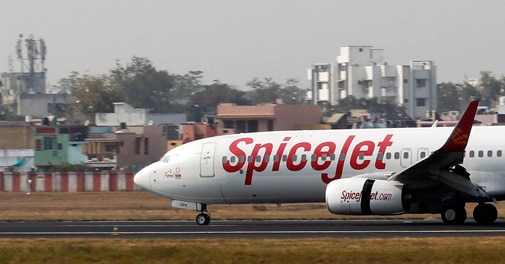 Low-cost carriers like Indigo, SpiceJet and GoAir have cornered two thirds of the domestic market, and were joined this year by a joint venture between Malaysia's AirAsia Bhd (AIRA.KL) and Tata Sons Ltd. (Photo: Reuters)

A decade after low-cost carriers led India's air travel boom, full-service airlines are gearing up for a battle for premium passengers that only the deep-pocketed are likely to win.

Flag carrier Air India , which has only offered premium travel, will face more competition from second-largest airline Jet Airways, which on Monday said it would ditch its budget unit and focus on the full-service market amid mounting losses.

The carriers are also bracing for Vistara, a venture between Singapore Airlines Ltd  and conglomerate Tata Sons Ltd which will start flying in October.

The competition in the full-service sector is heating up with no guarantees there will be enough passengers willing to pay higher prices to sustain three carriers in a market where low-fares dominate and where airlines struggle to make a profit.

"There will be a bloodbath. The competition is only going to become more intense," said Amber Dubey, head of Aerospace and Defense at consultancy KPMG.

A large, and increasingly affluent, population make India one of the world's most attractive air travel markets. Passenger numbers have risen 13 percent a year since 2003, a rate analysts say outpaces most other markets.

But intense competition and higher operating costs mean Indian airlines lost a combined $1.77 billion last year and are projected to lose up to $1.4 billion this year, according to data from industry consultancy Centre for Aviation.

That compares with the $18 billion profit airlines globally are expected to make this year, up from last year's $10.3 billion, International Air Transport Association data shows.

Low-cost carriers like Indigo, SpiceJet and GoAir have cornered two thirds of the domestic market, and were joined this year by a joint venture between Malaysia's AirAsia Bhd and Tata Sons Ltd.

Increasingly, they must also battle each other.

"There is demand at the upper end in India but it is nothing like the demand at the bottom end," said Kapil Kaul, chief executive for South Asia at CAPA. "You now have three airlines competing for the same customer."

Air India is the most unprofitable carrier, but is also the one most likely to survive the battle for passengers because of government support.

The carrier, which received a $5.8 billion state bail-out in 2012, halved its operating losses in the 2013-2014 fiscal year to Rs 21.2 billion  ($353 million) by restructuring its operations over several years and cutting costs.

It retired older aircraft and introduced fuel-efficient planes such as the Boeing 787, and plans to add new Airbus A320s and Boeing 737s.

Air India also finally joined the Star Alliance group of carriers this year, allowing it to leverage the network of, and traffic feed from, partners such as Lufthansa, United Airlines and All Nippon Airways.

"The Indian government owns us. Just like any other promoter, they will pump money into their investment," said a senior Air India executive who did not want to be named as he was not authorised to speak to the media.

"Do you think the government will allow us to fail after investing so much money?" he added.

Jet Airways, which has yet to turn a profit since 2007, said it would focus solely on full-service to gain market share. It barely survived a battle with Kingfisher Airlines, which folded in 2012, and its balance sheet is shored up by Abu Dhabi's Etihad Airways, which bought a 24 percent stake this year.

"It is impossible to keep a foot in both markets when there are strong competitors on both ends," said a Jet executive who declined to be named as he was not authorised to speak to the media.

Etihad offers Jet an extensive international network via Abu Dhabi. Jet will receive its first 787s from 2015 and is likely to order new 737s to replace its existing ones. It aims to return to profitability by 2017.

Executives at the SIA-Tata venture Vistara say the full-service airline is focusing on a "neglected" sector in India.

Growth, however, has been faster at the low-cost segment compared to full service airlines and government policies to build airports in less-developed cities, where passengers tend to be more price-conscious, will favour budget carriers.

CAPA data shows that compounded annual passenger numbers were up 30.9 percent at IndiGo, 20.6 per cent SpiceJet and 19.5 per cent at GoAir between 2008 and this year, outpacing the single-digit growth at Jet and Air India.

The intense competition across all sectors will likely result in fewer airlines in India, analysts say.

"We expect consolidation over the next 12-18 months. At the current level of air travel penetration, the Indian market can only support at the most four strong pan-Indian airlines," KPMG's Dubey said.