Qatar Airways CEO Akbar Al Baker said he was interested in taking a stake in India's IndiGo airline and that Qatar Airways may look into buying additional Airbus A380 planes in the future. 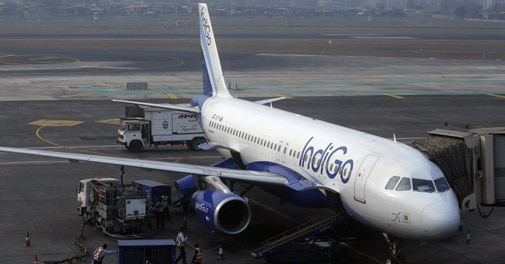 Qatar Airways' chief executive officer said on Monday that the airline was now fully government owned after the country's sovereign fund bought a 50-percent stake from Qatar's former prime minister and other shareholders.

Baker said half of the airline had previously been owned by Sheikh Hamad bin Jassim Al Thani, who was also the former foreign minister, and some other shareholders.

Baker declined to comment on the amount paid for the purchase of the stake.

A change in Qatar's leadership may be partly responsible for Qatar Airways buyback. Last June, Sheikh Tamim bin Hamad al-Thani took over from his father as emir.

He has replaced some senior economic officials, and in a policy speech last November said he was particularly keen to prevent high inflation and corruption.

"There are changes happening. Qatar wants to have a fair and competitive business environment for everyone," a government source told Reuters.

Sheikh Hamad until last year was chief executive of the sovereign fund, Qatar Investment Authority, and was regarded as the driving force behind the emergence of QIA as one of the world's most sought-after investors.

Baker said after the ownership change the airline now plans to reveal its 2013 financial profits before the third quarter of the year.

He also said he was interested in taking a stake in India's IndiGo airline and that Qatar Airways may look into buying additional Airbus A380 planes in the future.

"We are always open to opportunities in India," Baker said.

"We would be very interested in IndiGo if there's something available there. But the airline is performing very well so I don't think they would be interested."

(Additional reporting by Amena Bakr in Doha and Devidutta Tripathy in New Delhi; editing by Yara Bayoumy and Jason Neely)

Swamy moves EC on issue of licenses to AirAsia, Tata-SIA

Shantha Biotechnics'Shan5 drug gets WHO nod