Flight services on Bangkok route will commence from September 25 and this will be SpiceJet's first direct international flight from Kolkata, the airline said in a release in Mumbai. 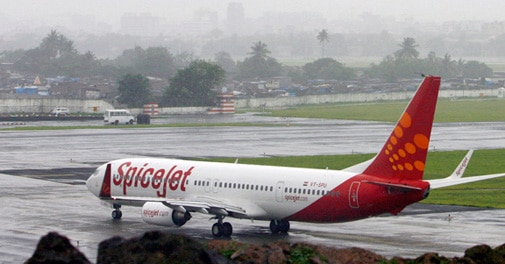 SpiceJet, the Kalanithi Maran-promoted private carrier, had launched flights to Bangkok from Pune and Bangalore with much fanfare last October but scrapped both the services at the start of summer schedule this year, citing low passenger demand.

However, this time the airline has chosen flight services to Bangkok from Kolkata daily instead of Pune and Bangalore.

The summer schedule of airlines in India commences from late March and lasts till October every year.

Flight services on Bangkok route will commence from September 25 and this will be SpiceJet's first direct international flight from Kolkata, the airline said in a release in Mumbai.

The airline has also rolled out special promotional fares for its Kolkata-Bangkok flight, which will be SpiceJet's first direct international air service from West Bengal's capital, offering an all inclusive one way fare of Rs 2,999 (Kolkata-Bangkok) for a limited period, the release said.

"We believe there is tremendous opportunity in the Kolkata-Bangkok market, and this flight will also connect passengers to and from other Indian destinations to Bangkok via Kolkata," SpiceJet Ltd chief operating officer Sanjiv Kapoor said.

The airline has timed the launch of this flight to coincide with the start of the Puja Holidays and festive season, Kapoor said adding that with Thailand offering visa-on-arrival for Indians, and with unbelievably low introductory fare, SpiceJet is hopeful of a good seat factor on this new route.