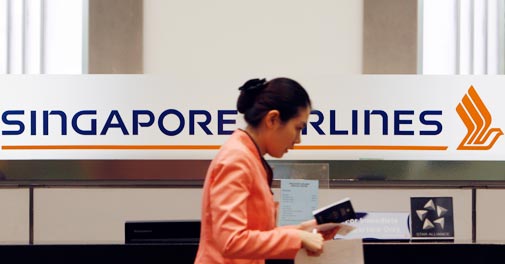 Tata Sons and Singapore Airlines' business plan to launch a full service airline in the country, which was submitted to Foreign Investment Promotion Board for approval last month, might need to review its strategy and model, says a Centre for Asia Pacific Aviation (CAPA) report released on Tuesday.

Pointing to the fare wars that were bleeding the full service airlines as they competed with budget carriers despite a higher unit cost of at least 50 per cent, the CAPA report said: "Domestic industry viability cannot be restored until full service carriers restructure."

CAPA added that there was limited demand for the full service product beyond the three major metros of Mumbai, Delhi and Bangalore and that too the demand was restricted to the peak hours. Thus airlines would have to increasing adopt a hybrid business model, somewhat akin to what Jet Airways was doing with JetKonnect. Air India too is now trying to convert some of its aircraft to single class all economy flights, it pointed out.

"Air India and Jet Airways will need to bring their cost structures closer to that of low cost carriers (LCCs) by increasingly adopting elements of the low cost  business  model  while  retaining  features  that  allow  them  to generate a yield premium," CAPA said.

It concluded that this was why Tatas and Singapore Airlines might need to review their full service airline plan.

"In a market which is extremely price sensitive, and in which LCCs offer a relatively high quality product and experience, Tata and SIA will need to carefully consider its market proposition on domestic routes. It appears unrealistic that Tata-SIA could pursue a Kingfisher Airlines (now grounded) style premium model, instead it may need to consider a hybrid two class product which is efficient and appropriate for the relatively short domestic sectors," the report said.

An Air India official too supported this view saying that with Kingfisher grounded for a year now, there was place for a full service airline.

"Jet has lost its edge as a full service carrier and Air India too is now moving to a mix of full service and low cost business model. So there is place for an efficient carrier to fill in for Kingfisher," the Air India official said.