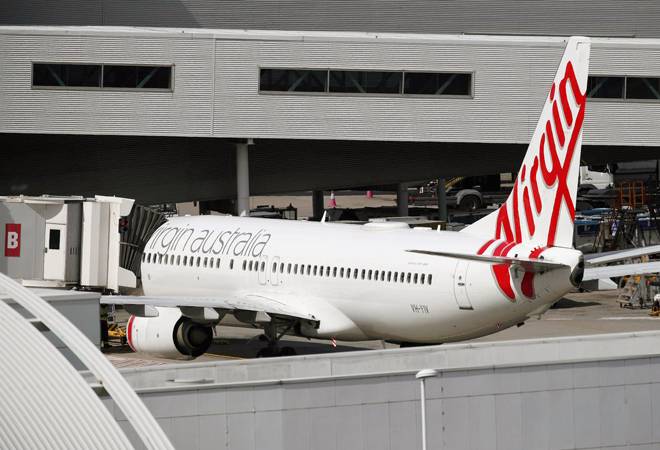 The airline owes about A$2 billion total to 6,500 unsecured bondholders, the second-most numerous creditor group behind employees that will vote on a deal at a meeting in August

Virgin Australia Holdings Ltd's  administrator said on Monday that it had received final offers for Australia's second-biggest airline from Bain Capital and Cyrus Capital Partners and that it hoped to select a preferred bidder by June 30. Bondholders are working on a revival plan for the airline involving a debt-to-equity swap if they are not satisfied with the bid the administrator chooses, according to a person with knowledge of the matter.

Virgin, which competes against larger rival Qantas Airways Ltd, entered voluntary administration in April and owes nearly A$7 billion (3.8 billion euros) to creditors. Bain and Cyrus have both proposed to operate the airline as a smaller, single-branded domestic and short-haul international carrier with growth potential, administrator Vaughan Strawbridge of Deloitte said in a statement. Australia's Foreign Investment Review Board has approved both bids, he said.

A Cyrus spokesman said the firm had committed to keeping the airline's headquarters in Brisbane and backing the existing management team. Bain declined to comment. The airline owes about A$2 billion total to 6,500 unsecured bondholders, the second-most numerous creditor group behind employees that will vote on a deal at a meeting in August.

The bondholders are preparing the backup plan to help avoid liquidation if the administrator's preferred offer is not acceptable, the person with knowledge of the matter told Reuters on condition of anonymity. The threat of a rival plan could also make the bidders and Deloitte more attuned to their interests. Although not all of the details have been worked out, the bondholders want the debt-to-equity swap to happen soon, ahead of a later sale once coronavirus-related volatility in the airline industry subsides, the person said.

Virgin bondholders include FIIG Securities, Northern Trust Asset Management, Sargon CT and The Bank of New York Mellon, which are members of the administrator's committee of inspection.

Coronavirus: Limits on airfares may be extended beyond August 24, says Aviation Secretary