In a statement, Vistara said this aircraft would consist of 12 seats in business class, 24 in premium economy class and 152 in economy class 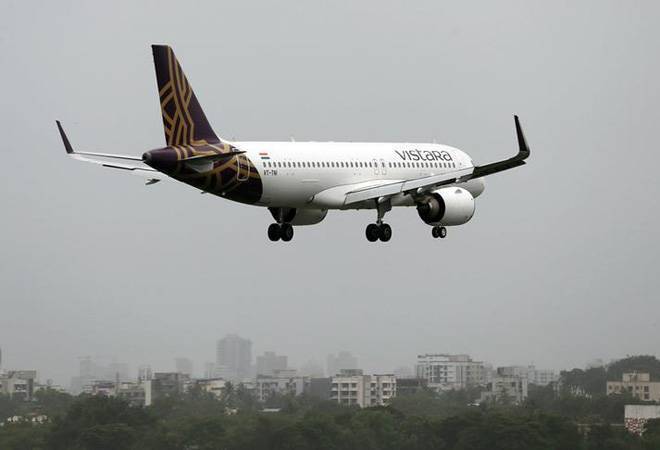 Vistara said on Friday it had received its first A321neo aircraft, which has 188 seats in three-class cabin configuration, from Airbus' Hamburg production facility. The A321neo is a narrow-body aircraft that can be used on short to medium-haul international routes that are within seven hours of flying time.

In a statement, Vistara said this aircraft would consist of 12 seats in business class, 24 in premium economy class and 152 in economy class. The business class seats are in 2*2 configuration while, the other two classes have 3*3 set-up.

"All of them feature 4-way adjustable headrests and movable armrests," the full-service carrier said. "Vistara customers will enjoy seat-back entertainment and in-seat power/USB charging ports in every seat." In February, the airline had inducted its first wide-body aircraft -- Boeing 787-9 Dreamliner -- for long-haul international operations.

Just like B787-9, the A321neo aircraft is also equipped with wireless connectivity, which will allow passengers to access the internet through on-board wi-fi. The business class seats in A321neo can recline into fully-flat beds and each will have a 16-inch high-definition in-seat TV to access in-flight entertainment.

With the A321neo aircraft, the airline has a fleet of 42 aircraft now with 34 Airbus A320neo aircraft, six Boeing B737-800NG aircraft and the B787-9 plane. "This new addition to our fleet reinforces our long-term commitment to international expansion plans, despite the challenges of the current times," Vistara Chief Executive Officer Leslie Thng said.

The aviation sector has been significantly impacted due to the travel restrictions imposed in India and other countries due to the novel coronavirus pandemic. All airlines in India have taken cost-cutting measures like pay cuts, leave without pay and firing of employees in order to conserve cash.

Scheduled international passenger flights continue to remain suspended in India since March 23. India has established bilateral air travel bubbles with the UAE, Germany, France and the US, wherein airlines of both the countries can operate special international charter flights with certain restrictions.

India resumed domestic passenger flights from May 25 after a gap of two months due to the pandemic. However, the airlines have been allowed to operate only a maximum of 45 percent of their pre-COVID domestic flights. Occupancy rate in Indian domestic flights has been around just 50-60 percent since May 25.

SpiceJet to start US flights; only private carrier to get permit under 'air bubble' agreement

After US, SpiceJet gets nod to operate flights between India, UK