The governments need to come up with policy measures to reduce the economic and social fallout arising out of it, the Asian Development Bank (ADB) said in a report 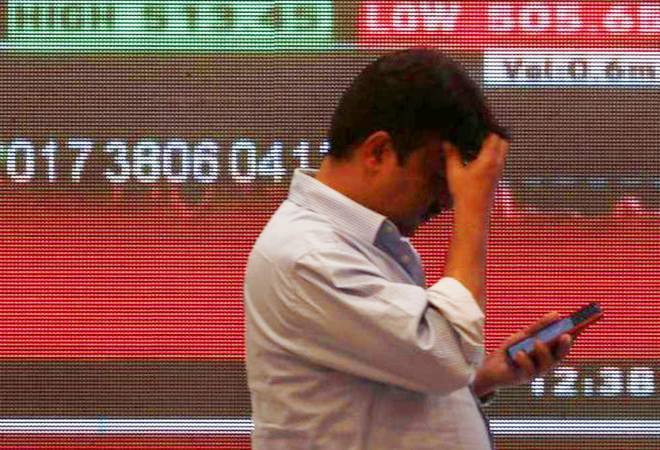 Asia Pacific, which accounts for a third of the global migrant workforce, is likely to face remittance losses of USD 31.4-54.3 billion due to the coronavirus pandemic, the Asian Development Bank (ADB) said in a report.

The governments need to come up with policy measures to reduce the economic and social fallout arising out of it, the ADB said.

Job losses stemming from COVID-19 are hurting households around the world, but for Asia and the Pacific's 91 million migrant workers - a third of the global migrant workforce - the impacts will be particularly severe, the ADB said in August 2020 brief on 'COVID-19 Impact on International Migration, Remittances, and Recipient Households in Developing Asia.

"ADB economists estimate that the region faces remittance losses ranging from USD 31.4 billion to USD 54.3 billion. To reduce the economic and social impacts, policy responses are proposed in areas such as social protection, immigration, labour, and health," it said.

In 2019, six of the 10 largest remittance recipients globally were from this region-India, China, the Philippines, Pakistan, Bangladesh, and Vietnam, the Manila-headquartered multi-lateral funding agency said.

The countries likely to face more severe effects from the pandemic-induced decline in remittance inflows are the ones where remittance shares to gross domestic product (GDP) and per capita remittances are high.

These include Tonga, Samoa, and other Pacific countries, with remittances relative to the size of their economies and populations very high.

Central Asian countries such as Georgia, the Kyrgyz Republic, and Tajikistan, sending a large number of seasonal and long-term migrants mainly to the Russian Federation and Europe, will also be hard-hit, along with some of the major migrant origin countries such as Nepal and the Philippines, it added.

Remittances to Asia and the Pacific, amounting to USD 315 billion in 2019, are an important and stable source of income for families back home and help strengthen external financing-alongside foreign direct investment and tourism recipients- in many developing economies, said the report penned by four ADB economists.

They boost general consumption as well as investment and help sustain government debts by contributing to the foreign currency revenue base, said the economists.

Jobs and worker welfare are severely affected by the pandemic globally but some sectors are hurt more than others such as retail and wholesale trade, hospitality and recreation, manufacturing, and accommodation and food service sectors.

These are the sectors largely in non-essential services with frequent face-to-face interactions and the migrant and informal workers are among those facing the most severe impacts, as they often do not have regular contracts nor strong bargaining power, said the report.

"Migrant workers are more vulnerable from layoffs once prolonged lockdowns and production breaks drive companies out of business. Also, uncertainty looms about the timing of full recovery, even as lockdowns are lifted, with concerns about persistent weak demand in some economic sectors.

"The wide-scale economic cost of the COVID-19 pandemic is expected to reach between USD 5.8 trillion and USD 8.8 trillion globally, equivalent to 6.4 per cent to 9.7 per cent of global GDP, reflecting the spread of the pandemic to Europe, the United States, and other major economies," said the report.

The ADB said that employment in host economies of Asian migrants is contracting significantly.

"The remittance flows to developing Asia is to plunge amid the pandemic as during the first months 2020, remittances began to contract in major migrant source countries...While some migrant workers may feel altruistic and send more money to their families in extremely difficult situations, prevailing weak economic forecasts are pointing toward declining remittances."

However, relative increase in remittance inflows is observed in June in selected countries which can be attributed to lifting of lockdowns in destinations that allowed migrants to remit over the counter and introduction of policy measures that incentivise transfer by reducing restrictions and transaction fees, the ADB said.

Citing a study of 10 migrant sending countries in Asia, the ADB said remittance dependent households are at risk of falling into poverty, as it is estimated that a 1 percentage increase in the share to GDP to remittances inflow from overseas is associated with a reduction in poverty gap by 22.6 per cent and poverty severity by 16 per cent.

A study based on microdata from selected economies in South Asia and Southeast Asia suggests that a 10 per cent increase in remittance inflows leads to a 3-4 per cent rise in real GDP per capita, it said.

Recommending policy actions to the host and source countries, ADB economists said governments of host countries of migrants need to ensure that migrant workers have access to social protection, including employment-related support and social assistance, as well as health services.

They should support employers to help retain and hire laid-off workers, including migrant workers.

Such effort contributes to the smooth recovery of the economy by ensuring workforce availability and the reduction of contagion risks, said the report.

Among others, the host and source countries should continue to recognise remittance service providers as one of the essential businesses to allow migrants and families to transact without disruption as remittance money is a lifeline for many poor and vulnerable families left behind.

TRAI to decide on priority plans of Vodafone Idea, Airtel within 2 weeks of telcos reply