Currently, the total bad loans and restructured assets stand at about Rs 6 lakh crore. Of this around 45 per cent constitutes non-performing assets. 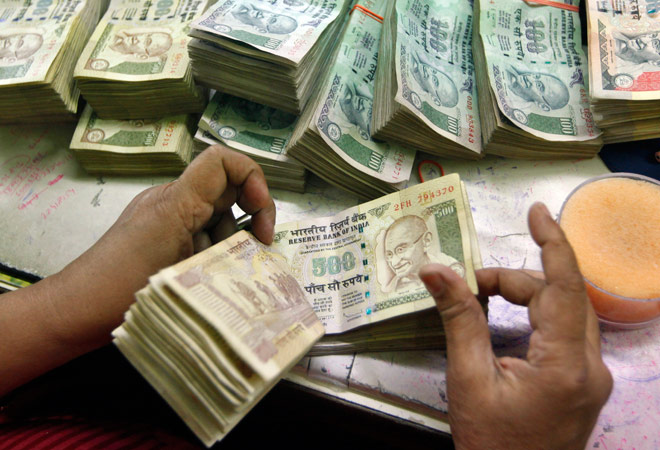 The country's banking system is likely to witness a surge in restructured assets by a whopping Rs 60,000-1,00,000 crore over the next five months, according to credit rating and research agency India Ratings.

We expect the restructured assets in the banking system to shoot up by another Rs 60,000 crore to Rs 1 lakh crore over the next five months, India Ratings Senior Finance Director Deep N Mukherjee said in a report on Tuesday.

The domestic ratings agency has analysed the credit metrics of the top 500 corporate borrowers, with aggregate debt of Rs 28,76,000 crore, which constitutes 73 per cent of the total bank lending to industry, services and export sectors. The report said around 82 of these 500 borrowers have already been formally tagged as financially distressed or identified as non-performing assets (NPAs), or their loans have already been restructured.

Another 83, that is 17 per cent of these top corporate borrowers, accounted for 9 per cent of the overall debt (which is Rs 28.76 lakh crore) and they have severely stretched credit metrics. Within these 83 corporates, operating profitability barely covers the interest required to be serviced in most cases, and there is also the absence of any strong parent, the report said.

These corporates with severely weak credit metrics have limited expectation of an immediate improvement in profitability. India Ratings further said potentially one-third to half of these 83 accounts could be in the category of SMA-2 (special mention accounts) with delays in debt servicing ranging between 61-90 days.

"If some of these corporates are unable to generate significant cash flow or infuse significant equity in the near-term, they may be identified by their lenders for restructuring pursuant to RBI guidelines," the report said.

Some of these corporates could even deteriorate further to be tagged as NPAs, the credit rating agency said. The Reserve Bank of India (RBI), since May 2013, has provided several directives and guidelines to banks with the purpose to gradually withdraw prevalent regulatory forbearance and simultaneously boost their risk management practices by early identification of stressed corporate accounts.

The calibrated withdrawal of regulatory forbearance will pick up speed from April 1, 2015 and it will require banks to keep higher provisions on restructured accounts, besides entailing a suitably stringent classification of restructured accounts as sub-standard assets.

The gradual withdrawal of regulatory forbearance could persuade banks to take a decisive call on the weak corporates that need to be restructured, the report said. Thus, there is sufficient economic motivation for banks to undertake the Rs 60,000-1,00,000 crore 'big bath', where accounts whose performance may deteriorate could be addressed at one go, enabling banks to start the 2015-16 fiscal on a relatively clean slate, the report said.