Japanese banks look to cash in on Modi govt, to bulk up India presence

They see an opportunity to expand in a sector dominated by state-owned banks and where foreign lenders control only 6 per cent of total banking assets. 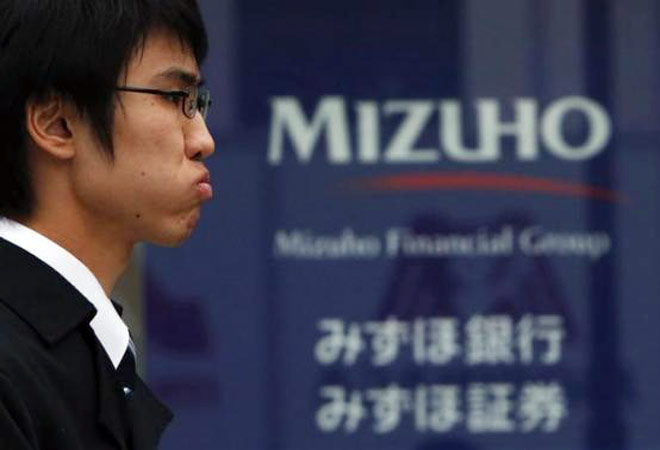 Faced with a shrinking economy and tepid loan demand at home, Japan's largest banks are looking to bolster their presence in India, enthused by Prime Minister Narendra Modi's reform agenda and improving ties between the two countries.

While some European and US lenders are sitting on the fence after being bruised by the country's sharp slowdown, Japanese banks are betting aggressively on Modi's pledge to restart growth and attract foreign investment.

Standard Chartered, the biggest foreign player in India, said in October it remained watchful on the country after the slowest growth since the 1980s hit many of its corporate clients.

They see an opportunity to expand in a sector dominated by state-owned banks and where foreign lenders control only 6 per cent of total banking assets. By contrast, foreign banks control nearly a third of banking assets in Indonesia and more than a fifth in Brazil.

With Japan setting a target of doubling investments in India within five years and New Delhi scrambling to attract long-term investment to shore up its creaky infrastructure, Japanese banks are trying to move quickly.

India is the key focus market for Mizuho Bank in Asia, besides Japan, China, South Korea and Taiwan, he told Reuters.

In a sign India is willing to boost business and political ties with Japan, Modi visited Tokyo in his first major foreign visit after a landslide electoral victory in May.

Mizuho, which received approval for its fifth Indian branch in Gujarat days before Modi's Tokyo visit, is hiring and will move its local headquarters in Mumbai to a bigger premises.

These bonds could be a cheap borrowing option for Indian companies. But Japanese buyers may be reluctant to buy paper issued by Indian companies, few of which are credit-worthy.

Other risks include bad debts, a factor likely to keep Japanese banks focused on big companies, rather than smaller or medium-sized ones. A tenth of India's total loans is considered non-performing or has been restructured.

Rival MUFG, with a 22 per cent stake in Morgan Stanley, plans to work closely with the US bank to help finance an expected wave of foreign acquisitions by Indian firms.

For those transactions, MUFG will offer its balance sheet and Morgan Stanley its advisory services, said Taiju Hisai, India head of Bank of Tokyo-Mitsubishi UFJ, the banking unit of MUFG.

MUFG's ranking in the Thomson Reuters table of top arrangers of Indian syndicated loans has jumped to fifth this year - ahead of Deutsche Bank, Standard Chartered, Citigroup  and RBS - from 13th last year.

MUFG, whose loan book in India stands at about $8 billion, might also consider buying a local Indian bank, Hisai said.

"The Japanese government is actively supporting and promoting investments in India," said Hisai.

"I feel the momentum and I think it's a good momentum."