The IRDAI entered the picture because under current norms, an insurance company cannot hold more than 15 per cent stake in a company. 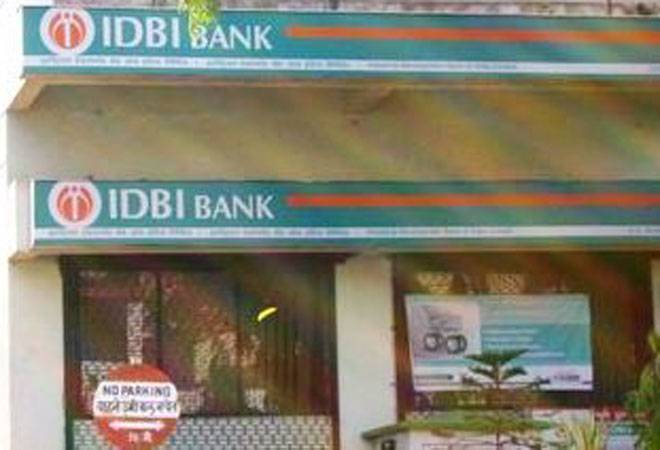 On Friday, the Insurance Regulatory and Development Authority of India (IRDAI) permitted LIC to increase stake in the debt-ridden IDBI Bank from the current 10 per cent to up to 51 per cent. But the development has reportedly been severely criticised by the opposition parties as well as employees of the insurance and banking sectors.

"We are anxious and seriously concerned about this sale. Now as a concerned and a responsible trade union in LIC, it is morally worth questioning whether IDBI Bank, a lender with humongous bad loans close to a third of its book, makes for a good investment for LIC," Rajesh Kumar, general secretary, All India LIC Employees Federation, told The Indian Express, adding, "It should also be noted that no private investor has shown any interest in IDBI Bank even though the government has wanted to sell equity for over two years now."

IDBI Bank's total non-performing assets soared to 27.95 per cent in March - totalling nearly Rs 55,600 crore - compared to 21.25 per cent a year earlier. It also posted a net loss of Rs 5,662.76 crore in Q4, largely on the back of NPA provisions, like a majority of the public sector banks. Moreover, last May, IDBI Bank became the first lender to be put under the RBI's revised prompt corrective action (PCA) for its high non-performing assets and negative return on assets. The latter has been constantly falling during the last five fiscals.

Despite a capital infusion of around Rs 10,610 crore from the government in FY18, the bank's core equity capital (CET-1) stood at 7.42 per cent in March, barely above the norm of 7.37 per cent. And fresh slippages constantly threaten to rock the boat. So the bank definitely needs more capital infusion to clean up its books and LIC's investment - expected to be to the tune of Rs 11,000-13,000 crore is multiple tranches - would be a much-needed helping hand.

But it would pose a considerable risk to LIC, which Kumar reportedly pointed out in a letter to LIC Chairman VK Sharma. "Given the precarious situation of Non Performing Assets (NPAs) in IDBI Bank and the intention of LIC to substantially raise its stake in the said bank, there is contagion risk on the policy-holders' precious savings, which will grossly impact the capability of LIC to serve its policyholder. In the past few years, LIC has been struggling to raise the bonus on the policies," read the letter.

In a similar vein, the report cited a letter penned by CH Venkatachalam, general secretary, All India Bank Employees Association, to Interim Finance Minister Piyush Goyal, which claimed that LIC was already grappling NPA issues of its own. "It is pertinent to point out that while investment is part of LIC's business, it cannot be that all loss-making institutions are to be bailed out by LIC at the cost of the interest of the common people who are investors in LIC," wrote Venkatachalam, adding that, "It is also well-known that similar to banks facing huge bad loans, LIC is also saddled with huge portfolio of non-performing assets/ investments. Instead of taking stringent measures to address this vital problem, adding further investments in a bank, which is facing huge bad loans and losses, is not a fair proposition."

Venkatachalam further stated that the onus of bailing out IDBI Bank rests on the government. "If the bad loans are on account of bad and mala fide decisions of the executives of the bank, they must be taken to task. If the accumulation of bad loans is due to change in the economic scenario and such huge infrastructure loans are bad today, the government must step in and provide additional capital."

The opposition parties are also vociferously opposing IRDAI's decision, which was passed at a board meeting in Hyderabad on Friday. The insurance regulator entered the picture because under current norms, an insurance company cannot hold more than 15 per cent stake in a company. "Since the LIC's capital is funds collected from insurance policies, it is not fair on policyholders to find their money funnelled into sick banks," the daily quoted Congress spokesperson Priyanka Chaturvedi. "Why is Modi government jeopardising savings of 38 crore LIC (policy) holders by burdening them with Rs 13,000 crore bailout package of IDBI? If this deal goes on, wouldn't floodgates of similar deals of LIC bailing out public sector banks be opened?... Is the (Narendra) Modi government going to do the same for all banks?" she questioned.

Meanwhile, in a statement CPI(M) said that "LIC is the repository of people's savings in the form of insurance policies...using this capital to bailout the worst defaulter bank is tantamount to public loot of people's savings." The party further said that "The LIC is investing Rs 13,000 crores for this takeover. This amount should have been invested to give policyholders a better return. Instead, it is being used to bailout defaulters. This is crony capitalism of the worst kind."

Ironically, even IDBI Bank's employees are not happy with this new development. "They will be writing off NPAs amounting to over Rs 50,000 crore. LIC is having stake in 8-10 banks. If at all they want to increase shareholding in banks, then SBI should be the ideal bank to acquire minority or majority stake," an official of the IDBI Bank Officers Association told the daily.