Not whistleblower, but claims for dues by forex banks raised alarm at PNB

PNB's Brady House branch received claims from Allahabad Bank and Axis Bank's Forex branches for which LoUs issued by PNB was due. This is when PNB officials found something was amiss. 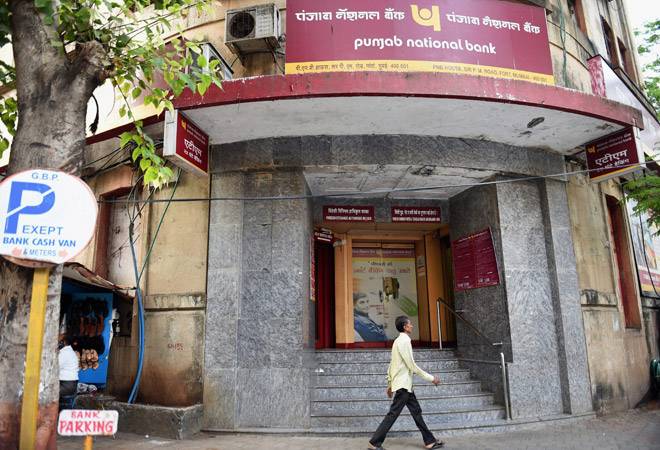 Even as the officials at Punjab National Bank (PNB) gave themselves a pat on the back for 'detecting' the fake letter of undertaking (LoU) scam involving celebrity jeweller Nirav Modi and his uncle Mehul Choksi, details coming out now are telling a different story altogether.

Punjab National Bank, in its first complaint, had said that on January 16, 2018 when the bank officials asked for 100 per cent cash margin form Nirav Modi's associates to avail LoU facility from PNB's Brady House branch in Mumbai, aides of Nirav Modi responded by saying that they have been availing this facility in the past. The complaint was filed by PNB DGM Avneesh Napalia to Joint Director, CBI on January 29, 2018. India's second largest public sector lender had earlier said that this incident triggered further digging into this fraud.

However, well placed sources have revealed to India Today that claims raised by Forex branches of banks first sounded the alarm after which the whole scam was unearthed.

Sources have told India Today that just before the first week of January this year, PNB's Brady House branch received claims from Allahabad Bank and Axis Bank's Forex branches for which LoUs issued by PNB was due. This is when PNB officials searched bank data and they neither found any guarantees issued by the bank in the CBS (core banking system) nor any import bill in the lieu of which these guarantees were given as the claim mentioned.

Further investigations revealed that the guarantees (LoUs) which were missing in bank's own CBS were there in SWIFT instructions to the overseas branches of Indian banks for raising buyers' credit and funding the Nostro accounts of PNB. This raised an alarm as PNB officials noticed that someone from their own bank had been issuing LOUs without import bill and mentioning it in CBS.

On January 16, after Nirav Modi's associates were refused the LOU, they were ready to pay 100 per cent cash margin to avail the facility but it was too late. It was found that the claims raised by Allahabad Bank and Axis Bank involved the money used for payments of buyers'credit which was taken in January 2016 and was due in January 2017. It took little time for PNB to understand that they were taken for ride. Further investigation revealed that their own Deputy Manager  Gokulnath Shetty posted in the branch since 2010 and working in the foreign exchange department looking after import section was issuing it. Shetty has now been arrested by the CBI.

Why the claims came

Until May 2017, when Gokulnath Shetty was working with PNB, the roll over chain was intact. Past due payments of buyers' credit were paid off using another buyers' credit issued by Allahabad Bank and Axis Bank branches in Hong Kong. But after his retirement the chain was broken and Shetty's senior, and in-charge of import section, Abhay Joshi did not give this facility to Nirav Modi and company. However, PNB has now suspended  Abhay Joshi along with other bank officials from Brady House branch who were working in Forex Department for not keeping a check on Gokulnath Shetty's alleged illegal activities.

Going further, PNB management has also suspended all those officials who have been in-charge of this branch since 2011. These include current General Manager Rajesh Jindal who was branch in-charge in 2011. PNB has also suspended another General Manager Anil Bansal who was circle head of the bank in 2015 and cancelled Gokulnath Shetty's transfer order because of which Shetty remained in the Brady House Branch for seven years and issued more than 100 LOUs to Nirav Modi and his companies.

As per CBI FIR all these bank officials are now suspects and they are being investigated. It remains to be seenwhat they did was out of sheer negligence or they were party to Shetty's alleged activities.