The CBI officials on Monday conducted searches at Punjab National Bank's (PNB) Brady House branch in Mumbai even as whereabouts of Firestar Diamond owner Nirav Modi, who's accused of defrauding the bank of over Rs 11,400 crore, remain unknown. 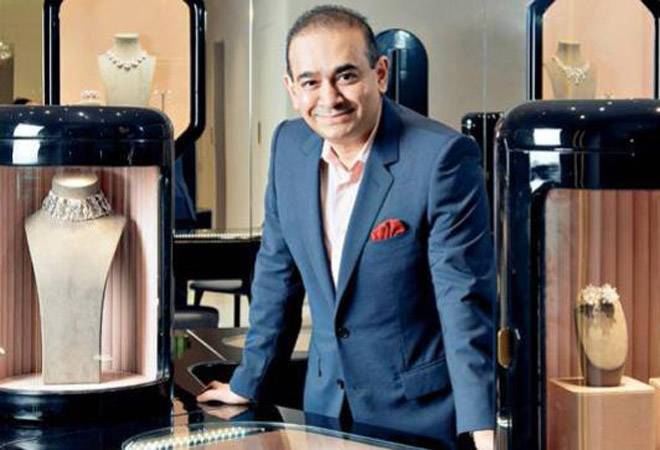 The CBI sleuths on Monday sealed Punjab National Bank's (PNB) Brady House branch in Mumbai even as whereabouts of Firestar Diamond owner Nirav Modi, who is accused of defrauding the bank of over Rs 11,400 crore, remain unknown. The agency has pasted a notice barring people from entering the bank office premises. As the inquiry by the Central Bureau of Investigation (CBI) and the Enforcement Directorate (ED) intensifies, reports have emerged that some PNB staffers might have received kickbacks worth over Rs 823 crore - by charging 2 per cent commission on each LoU per year - in granting Letter of Undertakings (LoUs) to the diamantaire. The role of the second largest PSU bank has also come under scanner since questions are being raised whether PNB officials knew that Nirav Modi had changed his official status to NRI (Non-Resident Indian), and still kept on providing loans to his company.

A Business Today investigation shows the businessman tried to cover up the mess in November 2017 when Nirav Modi's one of the companies, ANM Enterprises, allotted 750 shares of Rs 10 each at a staggering premium of over Rs 14 lakh, which totalled around Rs 106 crore. Though there's no clarity on why he did so yet, sources say the businessman might be trying to placate Indian banks by paying interest or commission portion. Apart from Nirav Modi's company, his maternal uncle Mehul Choksi's Gitanjali Gems, Nakshatra, and Ginni are also under the scanner.

As each day in the PNB fraud investigation seems to be throwing up more surprises, Business Today brings you real-time updates on the Nirav Modi scam.

10.30pm: Nirav Modi's lawyer Vijay Aggarwal told India Today that just like 2G and Bofors scams collapsed after much noise, "so will the case against Nirav Modi". "Agencies are making all these noises in the media, they will not be able to prove these charges in a court of law. Nirav will not be found guilty. I'm certain," says his lawyer.

10.19pm: Nirav Modi allowed his rich clients exchange unaccounted cash worth over Rs 90 crore on a single day after November 8, 2016, when the Modi government had launched the demonetisation drive, reports New18.

7.52pm: Receivables of Nirav Modi's companies Stellar Diamond, Solar Exports and Diamonds R are huge despite low turnover, reports India Today, adding that companies buying goods were not in a position to pay for them.

7.33pm: Actor and senior BJP leader Shatrughan Sinha was on a sarcastic tweet spree on Monday. He targeted Prime Minister Narendra Modi and Finance Minister Arun Jaitley over their silence in the Nirav Modi case.

Dear Sir. it seems no one had understood what the Chowkidaar-e-watan had meant when he announced that "you gave Congress 60 years, give us only 60 months". Now the symbolic meaning of the cryptic message is being understood by all of us. Balle Balle! Jio! Long live PNB.Jai Hind!

A Nationalized Bank scam of unparalleled magnitude...and a conspicuous lack of response from the top people of Govt! "Bade miyaan to bade miyaan, chote miyaan subhan-allah". Neither the Chowkidaaar-e-watan nor even the Ministry of Finance has provided any response or explanation.

India must be the only country where the responsible people at the top do not come our with proper explanations that the nation needs & deserves. Almost as if the citizens do not matter! Even Donald Trump faces hard interviews! But here interviews are only to Sarkari Darbaaris.

6.52pm: The Central Vigilance Commission seeks report on the Rs 11,400 crore PNB scam from the bank authorities, asking them to identify all the staffers guilty in perpetrating the fraud, reports India Today.

6:05pm: "I wrote to the SFIO under the Ministry of Corporate Affairs in 2015 but investigators did not take my complaint seriously," says Shrivastav, adding that he had even written to the agencies that it could well be Vijay Mallya part 2. Shrivastav alleges Choksi used to manage the lower-level agency officials to nip the complaints in the bud. "I saw him as a con master, a habitual cheater. He not only cheated the banks, but also the franchises and Bollywood stars."

6:03pm: Shrivastav says he was threatened; he accuses Choksi of implicating him in false cases.

5:50pm:Santosh Shrivastav, former MD of Gitanjali Gems retail, tells India Today: "Things got a little suspicious in 2013, but I was told to mind my own business. There was pressure on me to carry out certain unethical dealings, which I refused but after this the relation between me and Choksi got strained."

5:00pm: The ED conducts searches at Gitanjali and Nakshatra showrooms across Lucknow, Noida and Ghaziabad. The CBI has also questioned more staffers at the PNB's Mumbai branch on Monday.

4:20pm: A petitioner, Vaibhav Khuraniya, who' invested in Mehul Choksi's Gitanjali Gems and had to shut down in three months, has alleged Gitanjali of duping him of Rs 80 lakh. Khurania says though court proceedings are underway, Choksi filed plea to quash FIR and fled the country, reports ANI.

4:02pm: An ED team is at the residence of former Allahabad Bank director Dinesh Dubey, who on February 17 alleged that loans were granted given to Mehul Choksi's Gitanjali Gems in 2013 despite his dissent. Talking to India Today, Dubey had said he had asked the management to first recover the previous loan from Gitanjali Gem before releasing fresh one but he was told "it has to be done in order to stop NPAs and to run banks".

3:54pm: Shares of Gitanjali Gems, one of the companies charged for colluding with Nirav Modi in Rs 11,400-crore bank fraud, tanked another 10 per cent in morning trade, totalling around 50.25 per cent fall since February 14.

3.10pm: India Today reports Nirav Modi changed his status from Indian resident to NRI on November 6, 2017. Nirav Modi was classified as an Indian promoter of his borrowing companies that were issued Letters of Undertaking.

A certified copy of the resolution dated November 6, 2017, by the shareholders of ANM Enterprises Pvt Ltd, a company owned by #NiravModi, clearly mentions him as an NRI.https://t.co/4aVrC8O2oz

Was Nirav Modi trying to route some overseas funds into India to get reprieve from Indian banks?