A day after the Election Commission permitted it to go ahead with the issue of new banking licences, the Reserve Bank of India gave in-principle approval to infrastructure finance company IDFC and Kolkata-based microfinance firm Bandhan to comply with the requirements of a fledged bank in 18 months. 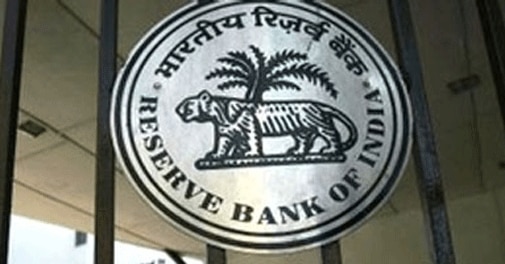 IDFC and Bandhan Financial Services Pvt Ltd on Wednesday won banking licences, with the RBI approving permits for only two of the 25 applicants.

A day after the Election Commission permitted it to go ahead with the issue of new banking licences, the Reserve Bank of India gave in-principle approval to infrastructure finance company IDFC and Kolkata-based microfinance firm Bandhan to comply with the requirements of a fledged bank in 18 months.

With regard to the application of the Department of Posts, the RBI accepted the recommendation of the high-level screening committee to take further action in consultation with the government.

The RBI originally received 27 applications in July 2013, after which Tata Sons and Videocon Group withdrew, leaving 25 contenders in the fray.

"It will pave way for more entities to come forward and spread financial inclusion. It augurs well for the economy and banking sector," Financial Services Secretary G S Sandhu said.

The RBI has issued bank licences after a gap of a decade.

It last awarded licences to Kotak Mahindra Bank and Yes Bank in 2003-04.

While permitting the two applicants, the RBI said it "believes that some of those entities who did not qualify in this round for a full-fledged banking licence could well apply in future rounds or could apply for differentiated licences under the proposed framework."

The central bank said it intends to use the learning from this licensing exercise to "revise the guidelines appropriately" and move to give licences more regularly, that is, virtually "on tap." It will also frame categories of differentiated bank licences and allowing a wider pool of entrants into banking.

The RBI said IDFC and Bandhan were recommended as suitable for grant of "in-principle" approval by the High-Level Advisory Committee (HLAC) headed by former Governor Bimal Jalan.

The HLAC had recommended that in the case of the Department of Posts, which had applied for a licence, "it would be desirable for the RBI to consider the application separately in consultation with the government."

The in-principle approval granted will be valid for 18 months, during which the applicants have to comply with the requirements under the guidelines and fulfil other conditions as may be stipulated by the RBI.

Once the RBI is satisfied the applicants have complied with the requisite conditions, they would be considered for grant of a licence to start banking business under relevant sections of the Banking Regulation Act.

The central bank, however, clarified that "until a regular licence is issued, the applicants would be barred from doing banking business."

In the budget speech of 2010-11, then Finance Minister Pranab Mukherjee said there was a need to extend banking services and that the RBI was considering giving some additional banking licences to private sector players.

Explaining the process, the central bank said that in the first stage, the applications were scrutinised by the RBI to ensure eligibility of the applicants.

Thereafter, the applications were referred to the HLAC, which submitted its recommendations to the RBI on February 25.

The RBI said it assessed the quantitative and qualitative aspects of the applicants as per the criteria laid down in the guidelines.

This included analysis of the financial statements of the key entities in the group, 10-year track record of running their businesses, proposed business model for the bank as well as the applicants' demonstrated capabilities for running a bank, among others.

Based on all this, the RBI took a view on the "fit and proper" status of the applicants.

"The decision to grant 'in-principle' approval has been taken after consulting the Election Commission, given that the Code of Conduct for the coming elections is in force," the central bank's statement said.

It added that the RBI's approach in this round of bank licences could as well be categorised as conservative.

"At a time when there is public concern about governance, and when it comes to licences for entities that are intimately trusted by the Indian public, this may well be the most appropriate stance," RBI said.