The monetary policy committee of the Reserve Bank of India (RBI) on Wednesday decided to hike the key repo rate by 25 basis points to 6.25 per cent while maintaining a neutral stance. 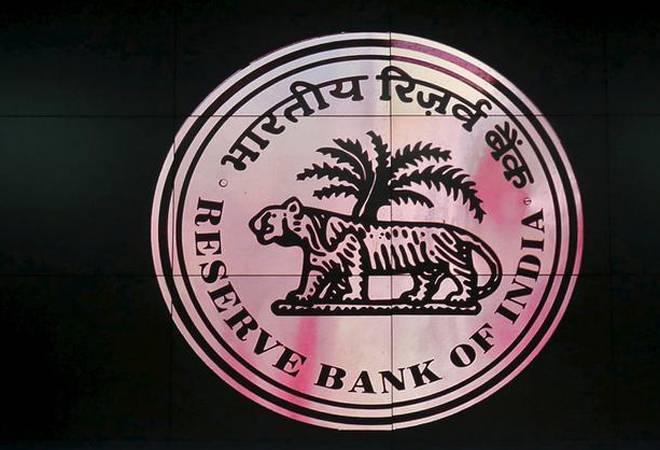 The monetary policy committee of the Reserve Bank of India (RBI) on Wednesday decided to hike the repo rate by 25 basis points to 6.25 per cent while maintaining a neutral stance. All the members of RBI's MPC voted in favour of a rate hike. The verdict of six-member MPC, headed by RBI Governor Urjit Patel, came after three days of deliberations instead of the usual two days. This is the first time MPC has taken this long to reach a decision since its formation in June 2016. The RBI had earlier cited 'administrative exigencies' as the reason for the longer meeting. The unanimous vote to hike benchmark repo rate comes after more than four years. The last time this repo rate was raised was in January 2014, before Prime Minister Narendra Modi-led BJP government came to power.

The increase in repo rate comes as a bad news for those who have borrowed from banks because it is likely to lead to an increase in the interest they pay on loans, be it home loan, car loan or personal loan. When the RBI increases the repo rate - which is the rate at which banks borrow money from the RBI - banks usually pass on the burden to the customers.

The word on the street was that the central bank may wait until August before hiking the key repo rate. However, the neutral stance taken by the RBI will be a silver lining for the markets. Inflation has seen an upward trend due to rising fuel prices. Consumer price inflation or CPI was 4.6 per cent in April 2018. Inflation has remained higher than RBI's 4 per cent target since November 2017, but it is well within the upper band of 6 per cent. In its Second Bi-monthly Monetary Policy Statement, the central bank has marginally revised upwards its inflation projection for the current fiscal on firming crude oil prices in the global market.

The reverse repo rate has also been adjusted to 6 per cent and the bank rate has been kept at 6.50 per cent. Reverse repo rate is the rate of interest offered by RBI, when banks deposit their surplus funds with the RBI for short periods. When banks have surplus funds but have no lending (or) investment options, they deposit such funds with RBI. Banks earn interest on such funds.

The rate hike comes after official economic data released on May 31 showed the Indian economic growth for fiscal year 2017-18 at 6.7 per cent. In its monetary policy statement, the RBI retained growth projections for the current fiscal at 7.4 per cent on hopes of further boost to investments and higher consumption.

Dhananjay Sinha, Head, Institutional Research, Economist & Strategist at Emkay Global Financial Services said, "The announcement of 25 bps rate hike by RBI today broadly encompasses considerations of upside revision in inflation trajectory going ahead, impact of rising commodity prices and rising global yields, led by tightening of US dollar liquidity. With this hike the RBI has finally reversed the 25bp cut it initiated in Aug'17, while retaining neutral stance, in the aftermath of demonetisation and impact of GST implementation, which led to surplus liquidity condition. Even with this rate hike, the stance is still not of tightening. In our view, this rate hike could lead to a tightening stance if the inflation risks accentuate along with currency depreciation. In our view, before today's hike, the RBI was already behind the curve as the GSec yield curve, money market curve and implied forward rates from the currency market had been pricing in more than 50bp hike. Clearly, the risk to rate sensitive sectors, banking NBFC, reality, cap goods, have materialized as expected. We believe as the expectations on future hikes materialize, these risks can become more relevant. The key thing to watch is whether growth recovers strong enough to compensate for rising rates. We maintain our view that fair value for 10 year GSec is at 8.4%".

What is Repo Rate?

When banks need money they approach RBI. The rate at which banks borrow money from the RBI by selling their surplus government securities to RBI is known as 'repo rate'. Repo rate is short form of Repurchase Rate. Generally, these loans are for short duration up to 2 weeks.

It simply means repo rate is the rate at which RBI lends money to commercial banks against the pledge of government securities whenever the banks are in need of funds to meet their day-to-day obligations.

Banks enter into an agreement with the RBI to repurchase the same pledged government securities at a future date at a pre-determined price. RBI manages this repo rate which is the cost of credit for the bank.

So, higher the repo rate higher the cost of short-term money and vice versa.

Higher repo rate may slowdown the growth of the economy.

If the repo rate is low then banks can charge lower interest rates on the loans taken by us.

RBI hikes rates: How much extra will you have to pay for home loans starting Rs 20 lakh?