"The banks are finding it easy to operate in the IFSC in the existing tax provisions itself. It's a good sign....any further improvement will move it up," Ajay Pandey, MD and Group CEO of GIFT City said. 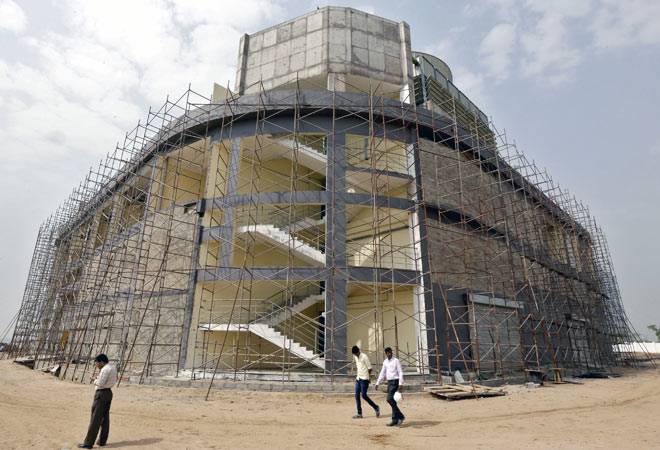 "The banks are finding it easy to operate in the IFSC in the existing tax provisions itself. It's a good sign....any further improvement will move it up," Ajay Pandey, Managing Director & Group CEO of GIFT City told Business Today. "Banking has started and insurance would be the next ( logical) sector to begin."

IFSC is designed as a deemed foreign territory offering low tax taxation and also a separate (faster) dispute resolution system. Finance Minister Arun Jaitley had earlier gone on record that the government is trying to present a taxation regime that is internationally compatible. The government is yet to decide on the tax rate.

In fact, the success of GIFT will depend upon the tax structure as global financial centers of Dubai, Singapore, Malaysia and Hong Kong have a very liberal tax regime from zero to 10 per cent. Dubai financial centre is zero tax. Malaysia is 3 per cent. Singapore has recently increased its tax rate from 5 per cent to 10 per cent. Many suggest India has to start with a low rate to attract foreign investments and trade.

The ambitious Gift project, spread close to 900 acres, has a multi-service special economic zone, which also houses the IFSC The IFSC will have commodity exchanges, equity exchanges, offshore banking, KPO, BPO, data centre, etc. There is also a domestic finance centre and space for other infrastructural facilities (housing, club, hotels) for people who will work at the IFSC.

This ambitious project of Prime Minister Narendra Modi - when he was heading the State - is getting lot of attention from the new regime. In the past, the RBI, Sebi and IRDA have issued a regulatory framework for operating bank branches, run stock exchanges and insurance business.

"Private investments of over Rs 10,000 crore have been committed," says Pandey.