Swiss banks' profit rises even as the staff count declines

Swiss banks saw their profits rise during 2014 to close to 19.5 billion Swiss francs. 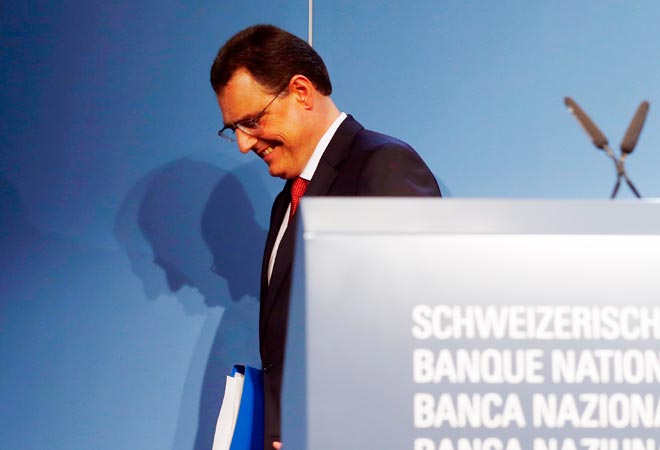 Under glare for being an alleged safe haven for illicit funds from across the world, Swiss banks saw their profits rise during 2014 to close to 19.5 billion Swiss francs even as their staff count declined in the year.

Announcing its annual update on Swiss banks , the country's central bank SNB (Swiss National Bank) on Thursday said that 246 out of the 275 banks in Switzerland recorded an annual profit, taking total profit to CHF 14.2 billion in 2014, from CHF 11.9 billion in the previous year.

High extraordinary income, depreciation and amortisation of fixed assets as well as expenses relating to value adjustments, provisions and losses had a significant impact on annual profit and loss.

SNB also said in its annual Financial Stability Report for banks in Switzerland that the international economic and financial conditions for the Swiss banking sector have improved over the last 12 months, but substantial risks remain.

"Global conditions have improved overall, although developments have been uneven, with marked differences between the euro area, the US and emerging markets.

There has been some progress in the euro area, but uncertainty remains elevated and credit quality in southern member states is still low.

In the US, positive signs dominate and the economy has grown robustly overall.

In emerging markets, financial conditions have tightened on the back of slower economic growth," it said.

On the assets side of the balance sheet, amounts due from customers abroad, particularly in US dollars, increased markedly.

In Switzerland, the rise in mortgage loans also continued.

On the liabilities side of the balance sheet, customer deposits from both Switzerland and abroad once again increased.

Securities held in custody accounts reached a new high, with the rise in share prices constituting a major element in this development.

Fiduciary funds administered by the banks have been declining since 2008, and in the year under review, this trend continued, however, the decrease was not as great as in previous years.

The majority of these staff reductions occurred at the big banks, both in Switzerland and abroad.

That of employed women declined by 573 to 47,697 (full-time equivalents), increasing the share of women in banking employment from 38.0 per cent to 38.1 per cent.

However, fiduciary funds administered by banks remained on declining trend, which started in 2008.

Last year, it fell to CHF 115.1 billion, although the decrease was less pronounced than in previous years.

In Switzerland, conditions were relatively favourable in 2014, but have become more challenging due to the strong appreciation of the Swiss franc that followed the discontinuation of the minimum exchange rate in January, 2015.

Under its baseline scenario, the Swiss National Bank (SNB) is assuming that global economic conditions would improve, as economic growth remains strong in the US and accelerates in the euro area.

Meanwhile, the strength of the Swiss franc reduces growth in Switzerland.

The further decline in interest rates on the money and capital markets carries the risk of a renewed increase in imbalances on the Swiss mortgage and residential real estate markets over the medium term, particularly in the residential investment property segment.

SNB said that over the past year, the Swiss big banks have continued to improve their capital situation, albeit at a slower pace than the year before.

They already meet most of the requirements of the Swiss 'too big to fail' regulations and the international Basel III framework, both of which will apply from 2019, it said and recommended that the big banks do not lose momentum in their efforts to improve their resilience.

This is particularly warranted with regard to the leverage ratio.

Resilience needs to be further improved for three reasons:

"First, the risks associated with economic and financial conditions remain high. The big banks' loss potential relative to their capitalisation continues to be substantial, both under the adverse scenarios considered by the SNB and when measured on the basis of the losses experienced during the recent financial crisis.

"Second, while the Swiss big banks' risk-weighted capital ratios are above the average for large globally active banks, the same can't yet be said for their leverage ratios.

"Third, it can be expected that regulatory developments at both international and national level will result in increased capital requirements."

"The Swiss big banks should prepare for these developments," SNB said.