Both YES Bank, where accelerated non-performing assets recognition under new chief executive Ravneet Gill has reduced buffers, and the capital-flush Kotak Mahindra Bank denied any transaction being in the works 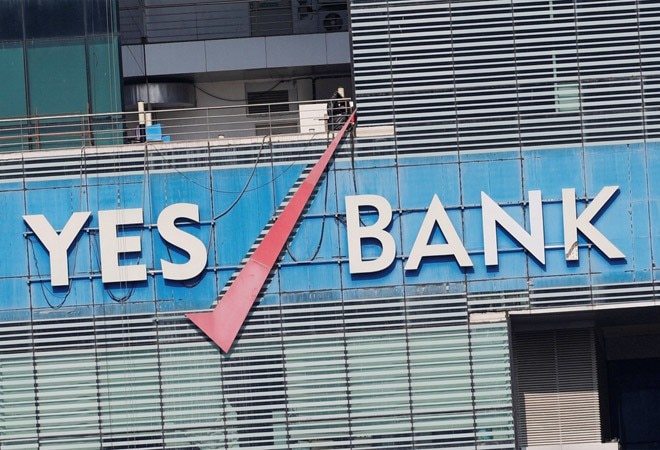 In an interesting turn of events, two of India's top bankers on Tuesday publicly opined that Kotak Mahindra Bank (KMB) is best suited to acquire its smaller and capital-starved rival YES Bank.

Both YES Bank, where accelerated non-performing assets recognition under new chief executive Ravneet Gill has reduced buffers, and the capital-flush Kotak Mahindra Bank denied any transaction being in the works.

YES Bank's capital raising plan is also passing through uncertainties and there are speculations on whether YES Bank is an acquisition target, which has been consistently denied by the lender.

When the same question was posed to third-largest lender Axis Bank's Managing Director and CEO Amitabh Chaudhry, it was answered with the same suggestion.

"We (Axis Bank) are a smaller bank. We are trying to ensure that we grow big so that at some stage we can acquire others. So, yes Mr Kotak, they are best suited rather than us," he said.

Gill of YES Bank called talk of any deal as "idle speculation" and termed it as "casual banter" by two of India's top bankers and reiterated that there is nothing in the works.

When contacted, Kotak Mahindra Group Chief Communication Officer Rohit Rao said, "these are comments made by other bankers and reflect their views, and not ours".

In the past, both Axis Bank and KMB have been discussed as potential suitors for YES Bank.

According to some watchers, acquiring a bank can help Uday Kotak reduce the promoter stake in KMB, and help him get closer to the levels mandated by the RBI.

The regulator has been dragged to the court by KMB for not accepting an earlier attempt at stake dilution and the same petition is slated to be heard early next year.

Meanwhile, speaking at the same event, Kotak said there is a need to resist a "colonialisation" of Indian finance, hinting at share sales to foreign investors.

"I'm looking forward to best in class quality but strong Indian-owned and controlled financial sector and while we must attract foreign capital, we must ensure that there is no colonialisation of Indian finance," Kotak said.

YES Bank had to cut its book size by 7 per cent in the September quarter because of the capital constraints and has been looking to finish the capital raising exercise at the earliest.

The lender had first announced it has interest from investors of USD 3 billion, and a few days later disclosed offers of USD 2 billion. It wanted to finalise the same at the last board meet on December 10 but was not able to take a decision.

Gill asserted that the bank is moving ahead with its capital raising plan and will have a decision on the same as soon as possible, but did not specify when is the next board meet to discuss the same.

He said London-based Citax Holdings and Citax Investment Group's USD 500 million infusion offer will result in an ownership of over 10 per cent and will have to be approved by the Reserve Bank of India.

Gill also reiterated that the bank continues to be in discussions with Canada-based Erwin Singh Braich, who has made an offer to put in USD 1.2 billion into the bank.

YES Bank's share price plummeted to Rs 32 apiece in October as against a high of Rs 400 just a year ago and has been one of the most volatile scrips on the bourses.