RBI showed a lot of spine in nudging Sharma to look for an honourable exit. Even after the Axis Bank board had approved a fourth 3-year term for Sharma starting June 1, the banking regulator wrote back to the board to reconsider its decision. 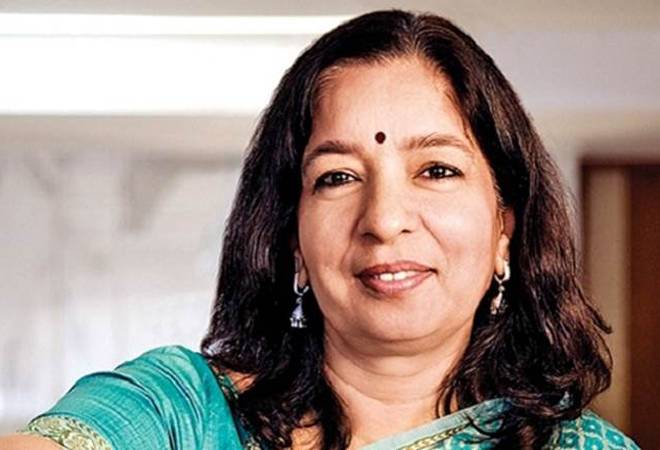 Corporate sector is a brutal arena. Those who do not perform tend to perish. That rule rarely applied to the banking sector though. Banks with poorly performing loans were considered the borrower's problem, not the bank's. Non-performing loans were blamed on business and economic failure, and were mostly rewarded with more loans. Not any more. Bloating NPAs in the books have claimed their first victim among private sector banks with Axis Bank approving a graceful exit for MD & CEO Shikha Sharma by accepting a request to curtail her tenure from 3 years to just 7 months.

RBI showed a lot of spine in nudging Sharma to look for an honourable exit. Even after the Axis Bank board had approved a fourth 3-year term for Sharma starting June 1, the banking regulator wrote back to the board to reconsider its decision. Perhaps, reduce the term to just 1 year, due to worsening financials of the country's third biggest private bank. There may have been other reasons as well. During DeMo Axis bank officials were also caught converting old currency into new. Sharma, of course, got the message and urged the board to let her go on December 31, 2018, seven months into the new tenure.

Since then, Axis Bank's NPAs have worsened to 5.90 per cent. But that may not have been the only reason behind Sharma's exit. In the past two quarters, the 'divergence' between RBI's guidelines and the bank's own recognition of non-performing assets had climbed by nearly Rs 13,500 crore (Rs 8,936 crore in quarter ending September 2017 and around Rs 4,500 crore in the following quarter). During fiscal 2016-17, Axis Bank had reported divergence of just Rs 5,633 crore.

The question is: will the CEOs of other private sector banks also pay the price for poor loan portfolio and worsening financials? Could the regulator apply the same yardstick for others as well?

The most prominent name among the six worst private banks in terms of gross NPAs is ICICI Bank's Chanda Kochhar. Her term is due for renewal effective April 1, 2019. The bank's gross NPAs stood at 7.82 per cent in December quarter and slightly higher 7.87 per cent in the quarter ending March, 2018. Kochhar and her husband Deepak Kochhar are also under the lens for an alleged quid-pro-quo in Rs 3,250 crore plus Rs 660 crore worth of loans given by ICICI to Videocon Industries and an exact 10 per cent funding received by Deepak Kochhar's firm NuPower Renewables from foreign investment firms. A charge that has given rise to speculation around nepotism, impropriety and conflict of interest. Both ICICI and Deepak Kochhar have refuted the charges.

Pressure will now mount on most private sector bank CEOs, especially long-standing CEOs such as Sharma, Kochhar and others. At the top of heap is JK Bank with over 10 per cent gross NPAs and 4.29 per cent net NPAs. Its chairman and CEO Parvez Ahmed was elevated as executive president in 2011 and to the position of chairman in October, 2016.

At No.6 is yet another long standing CEO Rajiv Lall who's not just the founder MD & CEO of IDFC Bank since October 1, 2015 but was also the Executive Chairman of IDFC Limited which merged into the bank.

But RBI may exert pressure on CEOs whose banks' 'divergence' has seen a sharp increase. Especially, Yes Bank's whose gross NPAs were just 1.72 per cent in the December quarter, and net NPAs 0.93 per cent. During 2016-17, Yes Bank had reported divergence of Rs 6,355 crore, over 40 per cent higher than the previous year. Yes Bank had reported GNPAs of just Rs 2,018.6 crore as against RBI's inspection report's Rs 8,373.8 crore.

To conclude, as the RBI gets stricter on the banks over NPAs, it has sent out a strong message - perform or perish - to the top executives of India's private sector banks.

Why Axis Bank's Shikha Sharma is looking to bow out?