YES Bank news: FM Nirmala Sitharaman informed that RBI has been instructed to identify the individuals responsible for putting YES Bank in the precarious position it is in today 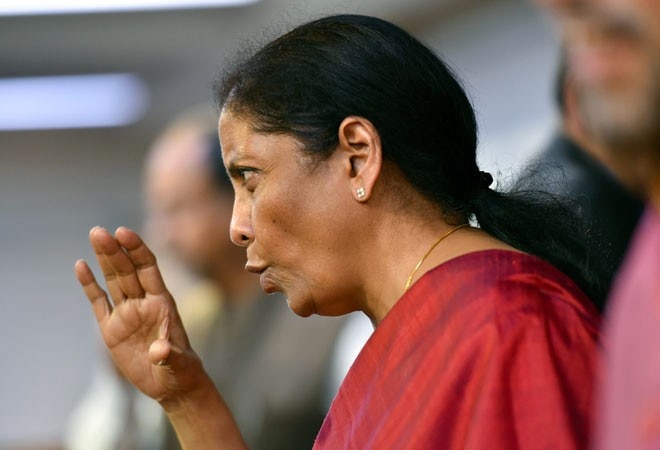 Day after Reserve Bank of India took over the YES Bank board and capped withdrawals, Finance Minister Nirmala Sitharaman assured depositors that the government is committed to safeguarding their interests. She stated that a solution to the debacle at YES Bank will be devised and implemented within the set timeframe so that "depositors are not troubled".

On Thursday evening, the government, on recommendations from Reserve Bank of India (RBI), imposed a moratorium on YES Bank for 30 days due to deteriorating financial position, governance issues, false assurance on raising funds, non-serious investors, and outflow of liquidity. The government has limited withdrawals to Rs 50,000 for a month, superseded YES Bank board and appointed Prashant Kumar, former Deputy Managing Director and CFO of State Bank of India (SBI), as administrator.

"Our government is completely committed to ensure that the depositors' interest is completely safeguarded," the Finance Minister said during a media interaction on Friday. She said that the scheme of restructuring will fully come into play within the period of moratorium "so that depositors are not troubled for too long". On YES Bank's net banking services and debit cards being hit after the RBI action, Sitharaman said that she acknowledges the pain faced by depositors.

FM Sitharaman also informed that the RBI has been instructed to identify the individuals responsible for troubles at YES Bank. "I have asked the RBI to go into assessing what caused these difficulties for YES Bank. And also, clearly identify the role played by various individuals in creating the problems and not so comprehensively addressing the problem. I have also asked the RBI to tell me about the adequacy of extant regulatory norms and supervisory norms, and if found inadequate, where and why," she said.

I have also the RBI to act so that the due process of law takes its course with a sense of urgency, the Finance Minister further said.

Sharing details of the reconstruction scheme, FM Sitharaman said that a new board will be put in place after the administrator finishes his work at YES Bank. Deposits and liabilities with YES Bank will continue unaffected as before, she said. As per the scheme, employment and salary for all employees will be assured for at least one year, the Minister further said.

FM Sitharaman also recounted the chain of events that culminated at RBI action against YES Bank. She emphasised that the RBI has been closely monitoring the private bank, which uncovered its governance issues and weak compliance.

"Since 2017, the RBI started closely monitoring and scrutinising YES Bank and noticed that governance issues were of serious concerns... and the culture itself was of weak compliance. There were also wrong asset classifications together with risky credit decisions," Sitharaman said. "Since 2004, when Yes Bank was founded, it has been under the same management. After RBI's scrutiny and identifying the culture of weak compliance, poor governance, and very risky credit-issuing habits, in September 2018 they clearly said that the leader has to change. They did not allow further continuation of chief executive's (Rana Kapoor) term after September 2018. A new CEO was appointed in September 2018, as a result."

The Finance Minister said that cleaning up of YES bank commenced from then. "A lot more information started coming in and the Reserve Bank started looking at new issues, newer challenges which were getting noticed as they started the scrutiny. The promoter who was asked to let go his shares had asked for more time. RBI was not willing, as a result, he was compelled to let go his shares too," she said.

"In the meantime, investigative agencies also saw malpractices of some of their Chairman and that order of people and that is why regarding one of their top executives, CBI came into the picture and started taking action. He even resigned, maybe quoting some other reason. But he resigned clearly after the action was initiated," the Finance Minister said.

"Genuine attempts were made to get new equity infusion done in the bank, but nothing materialised. RBI had given them more time so that they can get fresh equity, fresh infusion of cash so that the bank's health can be restored. And once in November 2019, it was clear that there was no hope of them getting any money, and coincidentally, the chairman of the audit committee also resigned early, things came to a serious pass. That's when we intensely engaged."

Following these developments, RBI Deputy Governor R Gandhi was appointed as a director on YES Bank board, and it the lender was monitored on a daily basis.

FM Sitharaman blamed the UPA government for mishandling the Indian banking sector, which led to severe challenges within the industry. "Exposure of YES Bank to some of the very stressed corporates has been since before 2014. Anil Ambani group, Essel Group, DHFL, IL&FS, Vodafone are some of those very stressed corporates. I say it here because I see the opposition very keen to point fingers at us. The Indian banking had severe challenges thanks to way government, which existed between 2004 and 2014, had handled the matters the way they handled it. I am not saying it because I have to put the blame on them, but I have reasons to put the blame on them," Sitharaman said.

ALSO READ:YES Bank crisis: You can withdraw cash up to Rs 5 lakh; here's how