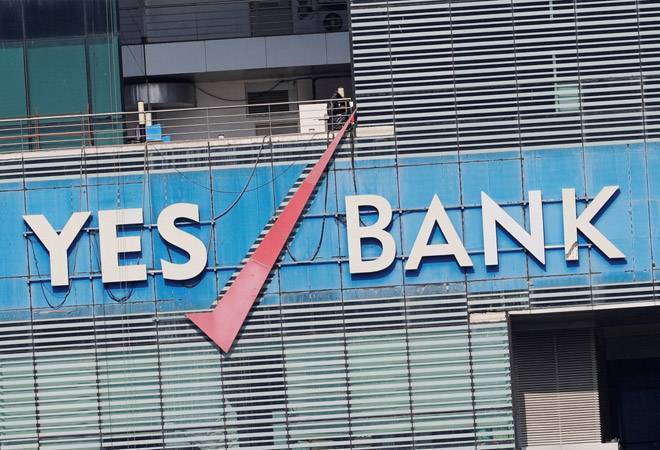 Will they or won't they? The government, the Reserve Bank of India, the SBI-led consortium of investors and also the stake holders would be waiting with bated breath to see the reaction of depositors once the moratorium on Yes Bank is lifted tomorrow evening at 6 pm.

Only time will tell whether there is going to be a knee jerk reaction or the depositors will repose their faith in the bank under new management.  The savings, current and term deposit holders have Rs 1.65 lakh crore parked in the bank. The biggest chunk of Rs 1.12 lakh crore is from term depositors followed by savings account holders at Rs 29,764 crore and current account holders at Rs 23,440 crore.

Between January 1 to March 4, the deposit base has further shrunk to Rs 1.34 lakh crore, though the break up of deposit type is not available. This total deposit outstanding must have gone down further during the moratorium period from March 4 to March 18 when the depositors were allowed to withdraw Rs 50,000 per depositor.

But the biggest outflow of deposits could happen post lifting of the moratorium.

The government and the RBI is putting up a brave front. In just a matter of 14 days, they have put together a consortium of investors to put Rs 10,000 crore into banks. They are expecting the bank to be back on its feet. Clearly, the government must have played a key role in convincing private players like HDFC Ltd , ICICI Bank , Axis , Kotak, Bandhan and Federal Bank to part with funds to rescue another private bank.

RBI, on its part, is also standing behind firmly with all its fire power to meet any demand from customers to withdraw their deposits. "If there is a requirement, the RBI will provide necessary liquidity support," assured RBI Governor Shaktikanta Das in a media interaction.

For quite some time, the bank has been on a downhill journey in terms of trust. The bank's  deposit was gradually coming down from the highs of Rs 2.27 lakh crore in March 2019 to Rs 1.34 lakh crore just before the moratorium was announced. In the last one year, the bank did try to woo depositors by winning their confidence, convincing them to stay back and also offering higher interest rates. The bank was offering 7.25 per cent for a year for fixed deposits. The savings account with average monthly balance of Rs 10,000 offers 6 per cent, which is higher than 4 per cent offered by all the big banks.

But at the end, the depositors' worst fear came  true. Will they now trust the bank remains to be sen. RBI Governor has assured the depositors that there is no reason for any undue worry. "There is no need for rushing into withdrawing your deposits," said Governor while adding that never in the history of commercial banking, the depositors have lost money.

As the government, RBI and the bank prepare for a life post moratorium, the bank will have to do a lot more in winning depositors' trust back. One solution could be to offer higher deposit rate than the competition, but then it will push up the cost of funds and also reduce the margins in competitive business like retail assets. Many suggest the trust would come back gradually as bank starts performing under the new management.

But the biggest risk is the absence of a promoter or an anchor to run the bank. The SBI led consortium of investors are public shareholders who would exit after the three year lock in.