The US $15 billion coal project is expected to provide electricity for up to 100 million people in India. 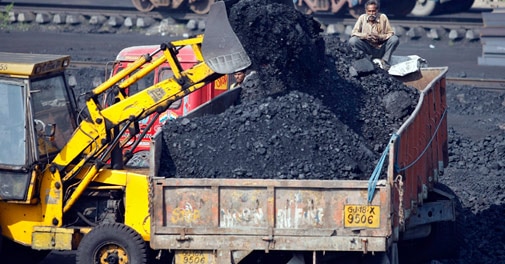 The rail line will enable transportation of 100 million tonnes of coal. (Photo: Reuters)

Indian conglomerate Adani Mining on Thursday won state approval to build a 300 km rail line for its US $15 billion Carmichael coal mine project in Australia that will enable transportation of 100 million tonnes of coal a year after construction.

"Following the Commonwealth Government's approval of the Carmichael mine in recent weeks, Adani welcomes today's approval by the Queensland Coordinator General of the North Galilee Basin Rail project," the company spokesperson said.

The US $15 billion coal project is expected to provide electricity for up to 100 million people in India.

"Adani looks forward to continuing to work with our project partners and all levels of government to see this through, building on its existing track record of successfully operating ports and related infrastructure in this country, and delivering more than 10,000 direct and indirect jobs and vital opportunities for suppliers in Queensland," the company said in a statement.

The development follows July's announcement by Adani of Korean giant POSCO E&C as the EPC contractor and joint venture partner on the NGBR, reflecting the growing confidence in the project as the shift from the approvals phase to the build phase nears, it said.

"The NGBR represents a significant milestone for infrastructure development in Queensland. The state's first standard gauge rail line, it will underpin greatly expanded and vital export opportunities across the basin, providing a lasting legacy of infrastructure to this state beyond our already significant port and mine investments here," the statement said.

The company said approvals granted for its infrastructure investments in Queensland have been amongst the "strictest and most stringent" processes of their kind ever undertaken by any level of government in Australia.

The proposed standard gauge greenfield rail line will be able to transport 100 million tonnes of coal a year.

Seeney said the approval of the project was another key decision in unlocking the resource-rich Galilee Basin for the benefit of all Queenslanders.

"The multi-billion dollar coal projects proposed for the Galilee Basin have the potential to create the next wave of resource sector jobs in Queensland and dramatically boost our state's coal exports," he said.

"Our Government's strong plan to develop this region will set Queensland up for the next 60 to 70 years, allowing us to invest in the schools, hospitals, roads and services we will need for future generations," Seeney said.

He said, in approving the North Galilee Basin Rail project, the Coordinator General had imposed strict conditions on the construction and operation of the rail line to minimise potential impacts on landholders and the environment.

"These rigorous conditions protect flora and fauna and address surface water, air quality and noise emissions," said Seeney, adding, "Proponents Adani must also develop an agreement with each affected landholder that stipulates how access will be maintained to homesteads, stock feeding areas and water supply."

Seeney pointed out that the company must also submit the final rail design and revised flood modeling to the Coordinator-General for approval before construction commences. He said that the Coordinator General's consideration of the North Galilee Basin Rail Project demonstrates another major step forward in streamlining approvals.

"Previously, an environmental impact statement could take 3-4 years to complete, while this assessment took less than one year from the date the terms of reference were finalised to the Coordinator-General's report," said the deputy premier.

"This shows that comprehensive, robust and timely assessments can be undertaken without lengthy delays. The project now requires the Federal Government to make an approval decision under the Environmental Protection and Biodiversity Conservation Act which is expected by September 30, 2014," he added.

Hyundai Elite i20 grabs attention for its classy design