The construction of the 3,000 megawatt hydropower plant will mean clearing some 4,000 hectares (9,900 acres) of forest. 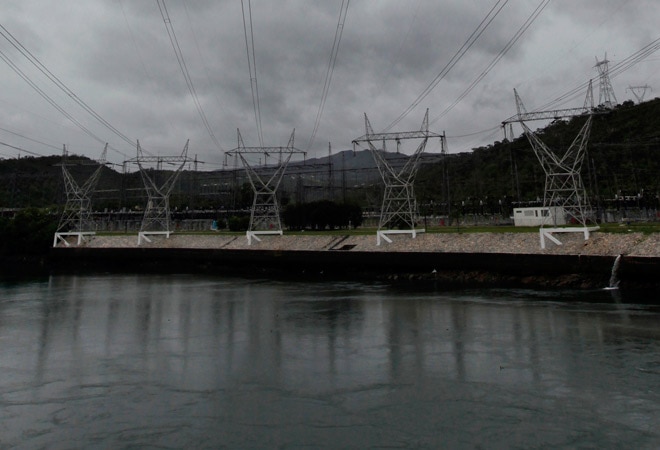 In late August, the environment ministry rejected a proposal to build what would be the country's largest hydropower plant in a remote and pristine part of the country's northeast because of the potential damage to an area rich in biodiversity.

Less than a month later and, according to two environment ministry officials, after pressure from Prime Minister Narendra Modi's office, permission was granted for the 3,000 megawatt Dibang plant, the construction of which will mean clearing some 4,000 hectares (9,900 acres) of forest.

The plant is one of hundreds of projects, many of which were repeatedly rejected in the past, that have been approved since Modi came to power in May.

That trend has alarmed environmentalists, who say the country's natural habitat is under assault in the name of industrial development.

"The floodgates are open," said Sunita Narain, director general of the Delhi-based Centre for Science and Environment (CSE). "We were in trouble with the last government and we are in even more trouble with this government. Rather than try and reform the system, they are picking at the edges."

In the five months since it came to power, Modi's government has relaxed several environmental rules to make it easier for companies to build new projects.

Small and mid-sized coal miners can now expand production by 50 per cent without public consent, and polluting industries can operate closer to national parks.

Other decisions have been devolved to state governments, which tend to be more open to polluting projects than New Delhi.

Consecutive governments have been blamed for neglecting the environment and prioritising industrial projects, but critics say they see signs that PM Modi has at best an ambiguous attitude to environmental issues.

The Modi government has tightened controls on funding for Greenpeace and reduced the number of independent members on a committee charged with assessing projects that lie in or close to protected wildlife areas.

In its defence, the government says it is not sacrificing the country's natural habitat but approving projects which are necessary for the country's development, while ensuring proper checks and balances are put in place.

Modi won elections on a pledge to revive the economy and bring electricity to 400 hundred million Indians not connected to the grid. Hydropower plants like Dibang could provide more electricity to local people, as well as help tackle the country's chronic energy shortages.

The push to fast-track development comes as India Inc looks for Modi to make good on pledges to reform the system for clearances, which they complain has long held up construction of roads, factories and mines and stymied economic growth.

"There is no doubt that things (clearances) should be sped up," said Isaac George, chief financial officer at GVK Power & Infrastructure, which operates mines, power plants and airports. "But there should be a proper balance between industrialisation and the environment."

At the end of June, 298 projects were awaiting environmental approval, a backlog that Environment Minister Prakash Javadekar said last month he had subsequently cleared. Only a handful of those projects were rejected or deferred for further analysis.

By contrast, around 400 projects were given environmental clearance in 2013 under the previous government, when it was on a pre-election drive to boost the economy, and around 100 in 2012, data compiled by CSE show.

Among projects granted approval to clear forests and replace them elsewhere were six leases for salt manufacturing in the Prime Minister's home state Gujarat that were rejected under the last government because they would lie close to a marine national park.

"We have cleared hundreds of projects. We don't keep count of how many," Javadekar said in a telephone interview.

He said his ministry was not sacrificing the environment in its push to clear projects, and pointed to the cancellation of 46 industrial licences for units polluting the Ganges river, and tighter regulations on the heavily polluting cement sector.

Concern about environmental damage wrought by a push to industrialise and raise living standards for the country's 1.2 billion people is not new. Air pollution, poor sanitation and degraded lands cost the economy an estimated $61 billion a year, according to a 2013 World Bank study.

The huge Dibang hydro plant, first mooted in 2008 but twice rejected by the environment ministry's Forest Advisory Committee (FAC) in 2013 and this April, won approval in September to clear forest on condition the proposed height of the 288-metre concrete gravity dam be reduced by 20 metres, said a senior environment ministry official.

Following the FAC's concerns, however, the ministry rejected a plan in August to lower the dam by only 10 metres. That would have meant the amount of lost forested land falling 9 per cent, rather than around 20 per cent under the 20 metre reduction plan.

In an August 28 letter seen by Reuters, the ministry said the 10 metre proposal endangered a "rich mature forest ecosystem" with a "large number of endemic and endangered flora and fauna" and threatened local tribal groups dependent on the forests.

The impact on a national park downstream was yet to be studied, it said.

The Prime Minister's efforts to amend environmental rules have not all succeeded, however.

A move by his government to slash the number of independent members on the National Board for Wildlife, a statutory body chaired by the Prime Minister that can approve or block proposed projects close to or inside protected areas, was in breach of the law, the Supreme Court ruled in August.

The court said decisions made at an August 12-13 meeting of the board's standing committee, where, according to a person with direct knowledge of the meeting, about 130 of 140 projects were cleared, are to have no effect until its next hearing.

Planned projects include a twice-rejected road running near the Pakistan border and through "Flamingo City", Asia's largest breeding ground for flamingos, and a cement plant less than 4 km (2.5 miles) from the Majathal Wildlife Sanctuary, home of the endangered cheer pheasant.

The government has not made minutes from the August meeting public, and a ministry spokesperson did not respond to requests for comment on it.

"This road could doom the populations of flamingos across the subcontinent," said Prerna Bindra, a former board member who rejected the road in 2013. "The national board is supposed to have a very proactive conservation role. Very unfortunately, the whole system now seems to be geared for clearances."