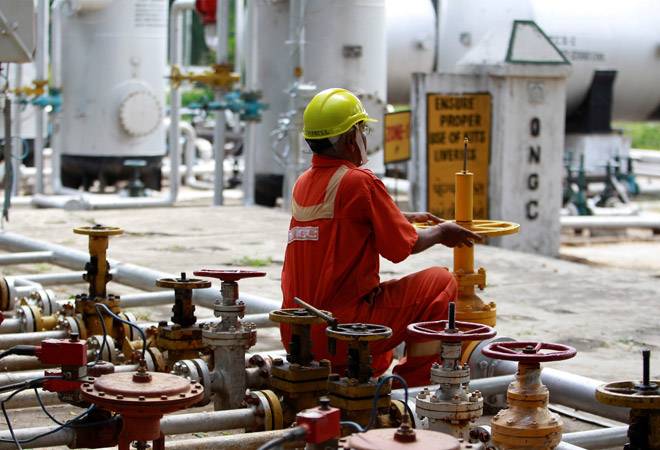 The government plan to offer PSUs special incentives for natural gas discoveries in difficult and unviable areas will help raise India's natural gas production as it will unlock output in a dozen fields of state-owned ONGC and OIL, officials said on Sunday.

India currently produces about 90 million standard cubic meters per day (mmscmd) of natural gas and has ambitious plans to double output by 2022 to reduce its reliance on imports and replace some of the polluting liquid fuels to cut emissions.

Speaking on sidelines of the Petrotech conference here on the outskirts of Delhi, officials said ONGC and OIL have a dozen discoveries, which are unviable at current government mandated gas price.

These finds, they said, need a higher price and the government plans for special incentives for them would help bring them to production quickly.

Oil Minister Dharmendra pradhan had last month stated "special incentive besides the incentive already provided" will be given to difficult fields of ONGC.

"We dont know what that incentive will be, but we presume it will be a higher and remunerative price," an official said.

State-owned Oil and Natural Gas Corp (ONGC) and Oil India Ltd (OIL) have not been able to develop the discoveries or bring them to production as the current gas price of $3.36 per million British thermal unit (MMBtu) is way lower than the cost of production.

Officials said ONGC has about 35 billion cubic meters of recoverable reserves in discoveries in the shallow sea off Andhra Pradesh on the east and off Gujarat and Mumbai on the west coast blocks.

The three blocks in Krishna Godavari basin, Gulf of Kutch and Mumbai offshore can produce about 10 mmscmd of gas and an equivalent amount can be produced from its onshore discoveries in blocks like Bantumili, Mandapeta and Bhuvanagiri, they said.

About 5 mmscmd of production can be added by making some investment in existing fields like Mumbai High South, Neelam and B-127 Cluster in the Arabian Sea.

Oil India Ltd (OIL) has an onland discovery in the Krishna Godavari basin in Andhra Pradesh with over 3 billion cubic meters of recoverable reserves, but needs a higher price to bring it to production.

The officials said all these fields can be expeditiously developed and monetised in case pricing and marketing freedom is granted by the government.

ONGC and OIL want a price of over $6 per MMBtu to help them produce the gas without suffering any losses.

In the absence of a viable gas price, they will have to mothball $3 billion projects, the officials said.

The BJP-led government had in October 2014, evolved a new pricing formula using rates prevalent in gas surplus nations like US, Canada and Russia to determine price in a net importing country.

Prices using this formula are calculated semi-annually. While the government has allowed a higher rate of $7.67 per mmBtu for gas fields in difficult areas like the deep sea, ONGC's Krishna Godavari basin block KG-OSN-2004/1, which has about 15 bcm of recoverable reserves, is in shallow waters and does not qualify as a 'difficult field'.

Similar is the fate of Mumbai basin block MB-OSN-2005/1 on the western side. The block GK-28/42 in Gulf of Kutch is a nomination block which does not qualify for higher rates, they said.

The onland discoveries of ONGC and OIL too do not qualify for the higher rates. While ONGC's KG block can produce a peak output of 5 mmscmd, the same from GK-28/42 is expected to be around 2.5 mmscmd. Peak output from MB-OSN-2005/1 is expected to a little less than 3 mmscmd.

Oil Minister Dharmendra Pradhan, in a written reply to a question in the Lok Sabha on March 20, 2017, had stated that the cost of production of natural gas in the prolific Krishna Godavari basin is between $4.99 to $7.30 per mmBtu.

The same for other basins is in the range of $3.80 to $6.59 per mmBtu, he had said, adding the production cost of companies vary from field to field depending upon the size of the reservoir, location, logistics and availability of surface facilities.