The US President will arrive in New Delhi on January 25 and hold discussions with Prime Minister Narendra Modi, who visited Washington in September. An official agenda has not been released. 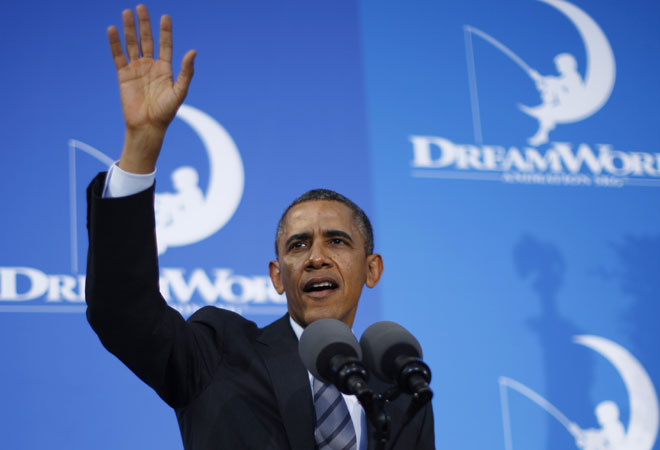 The government will use an upcoming visit by US President Barack Obama to press the United States to remove Indian oil companies from a list naming firms doing business in Iran, and to seek priority access to American LNG exports, sources in the Oil Ministry said.

The US President will arrive in New Delhi on January 25 and hold discussions with Prime Minister Narendra Modi, who visited Washington in September. An official agenda has not been released.

The US Government Accountability Office (GAO) listed three Indian companies as having commercial activity in Iran's energy sector in a report this week, potentially making it difficult for them to do business with other countries, mainly the United States.

Oil and Natural Gas Corp , Oil India Ltd and Indian Oil Corp, which have been on the list since 2010, cited interests in Iran's Farsi concession in their 2013-14 annual reports but told the GAO they had ceased activity in 2007, the GAO said.

"This (mention in the list) could hit Indian companies' plans to invest in other countries, particularly in America," said one of the sources.

The United States has imposed sanctions on Iran's energy sector to put pressure on the Islamic republic to halt its nuclear programme, which the West suspects may seek to develop atomic weapons. Companies doing business in the sector face exclusion from the US financial system.

Iran says its nuclear programme is solely for peaceful purposes.

Separately, Oil Ministry sources said the government will seek preferential access to US exports of liquefied natural gas (LNG), even though India does not have a free-trade agreement (FTA) with the United States.

"We want them to give us the freedom to lift LNG from any of their projects on a priority basis, including the ones that are meant for FTA nations," an official said.

State-owned gas firm GAIL (India) Ltd has an agreement to lift 6 million tonnes a year of LNG from two projects in the United States.

US oil and gas production has shot up in recent years as new technology has allowed the world's largest oil consumer to exploit reserves in shale formations.

But exports are tightly restricted and LNG shipments must be approved by Washington. Exports of crude oil are banned outright, a legacy of the recent past when the United States consumed far more oil than it produced.

Since taking office in May last year, PM Modi has pledged to improve the performance of India's power sector, which suffers from frequent blackouts, to fuel economic expansion.