Government to auction coal blocks by end of FY 15

The Ministry of Power and Coal is planning to auction the blocks, allocation of which may be scrapped by the apex court, by the end of the fiscal. 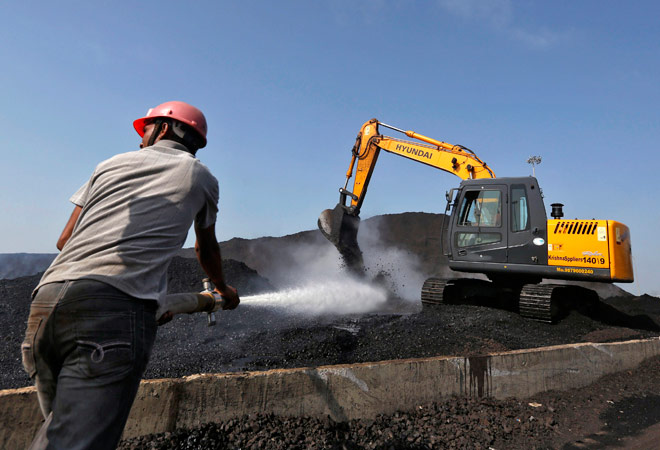 Of the 218 illegal allocations, 80 were already de-allocated prior to the verdict (Photo: Reuters)

As the government awaits Supreme Court's decision on the mines allotted since 1993, Ministry of Power and Coal is firming up plans to commence the auction process by the end of current financial year (2014-15).

The apex court will continue the hearing on the fate of coal blocks allotted between 1993 and 2011 on Tuesday. Last month, the Supreme Court had held that all 218 allocations made from 1993 to 2011 are illegal and arbitrary.

According to sources, the Ministry of Power and Coal is planning to auction the blocks, allocation of which may be scrapped by the apex court, by the end of the fiscal.

"The entire process of coal block auction will take at least 6 months," the source said.

The consequences of declaring the allocations illegal would be considered on Tuesday taking into account the investments made by companies for various projects and the procedure to be adopted for cancellation.

Of the 218 allocations, 80 were already de-allocated prior to the verdict. Of the remaining 138, 40 are operational with clear licences, while six others are ready to start operations.

The government had urged the apex court to spare 46 coal blocks - 40 functional ones and six which are ready to start operations.

When asked whether his ministry is prepared to hold auctions if the apex court cancels all the allotted mines, Power and Coal Minister Piyush Goyal said on Sunday, "We are ready for every scenario."

However, he did not elaborate the timeline for coal block auctions.

The apex court, on August 25, held that all coal blocks allocated during the last 17 years since 1993 by various regimes at the Centre were done illegally and arbitrarily, bringing uncertainty to the fate of 218 block allocations and consequential investments to the tune of around Rs 2 lakh crore.

'Power transmission should be a priority in Mumbai'

How to make 100 Smart Cities sustainable