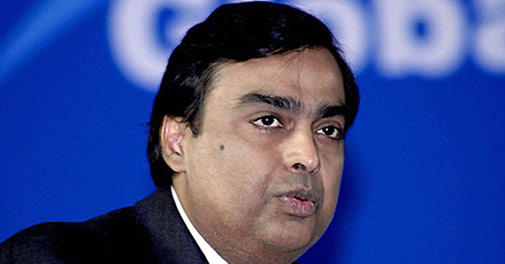 Reliance Industries Ltd, India's biggest company by sales, could get some $400 million, or nearly Rs 2,500 crore at today's currency rates, in new revenues if its plans to pump natural gas from coal seams, also known as coal bed methane or CBM, fructify in 2015/16, calculations by Business Today and gas experts show.

Executives at the Mukesh Ambani-led company said on Monday that two blocks in Sohagpur, Madhya Pradesh could produce 3.5 million metric standard cubic meters per day (mmscmd) of gas. RIL, which ended fiscal 2012/13 with revenues of Rs 371,120 crore, also has a CBM block at Sonhat in Chhattisgarh.

These blocks are ready for production, but were stalled due to the company's dispute with the Union government on gas pricing. RIL was pushing for gas price linked to the price of imported gas: $12 to $12.5 per mmbtu, short for million British Thermal Units, a measure of energy. One mmscmd is equal to 35,700 mmbtu. The government wanted the company to follow its earlier formula set for gas from its Krishna Godavari basin D6 gas field, which set gas price at $4.2 per mmbtu.

This was resolved after the government accepted the recommendation of a committee led by C. Rangarajan, chairman of the Prime Minister's Economic Advisory Council, that linked domestic gas prices to a basket of four international benchmarks. The new formula would be applicable for April 2014 for all the gases produced irrespective of their sources. Global brokerage Nomura has predicted the gas price at $8.7 per mmbtu based on this formula and current prices at these indices.

A gas expert confirmed the $400 million revenue estimate for RIL from CBM. "It is a midway for both government and RIL's demand for gas prices. we hope the country's domestic gas production would now see an upside and CBM could be turned into a success story," says Girish Shirodkar, Managing Partner of Indian chapter of the US based consultancy Strategic Decisions Group.

Meanwhile, industry sources say, RIL is waiting for government orders on pricing and selection criteria for the consumers. They add that the company is still pushing for gas prices based on parity with the imported liquefied natural gas.

RIL has drilled over 40 crore holes on the 500 square kilometre Sohagpur West and 495 sq km Sohagpur East blocks and tested for gas content. The process for acquiring land for well sites, market assessment and infrastructure for evacuation and transportation of gas has commenced. RIL through its subsidiary Reliance Gas Pipelines Ltd, will lay a 312-kilometre pipeline to transport this gas to Phulpur near Allahabad in Uttar Pradesh to connect with GAIL's existing Hazira Vijapur Jagdishpur cross-country pipeline.