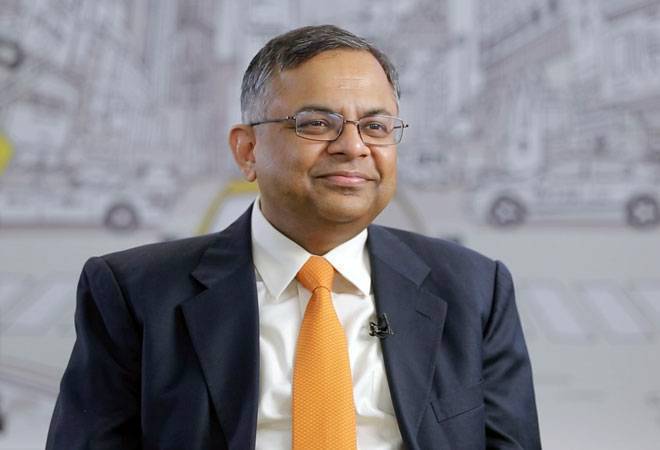 Tata Sons chairman N Chandrasekaran on Sunday pitched for the privatisation of power distribution companies, and also for ensuring that every generation plant is operational to help the power sector. Without prescribing any solutions, he said stress in the telecom sector also needs to be addressed and added that real estate is another sector that requires attention.

"System is bleeding. All the deadlocks have to be cleared," he said at the Mumbai Lit Fest, where the book "Bridgital Nation", co-authored by him, was launched.

"You take the power sector. My recommendation would be that how do we ensure that each of these power plants in this country, no matter whose, how do you get it re-operationalised? How do you arrest the loss of discoms? We should privatise them," he said.

His comments come a day after a media report said that half of the thermal power plants in the country are shutting down.

On the real estate sector, Chandrasekaran said over Rs 9 lakh crore-worth inventory is unsold, while acknowledging the Rs 25,000 crore package announced by the government to take care of stalled projects. While the government has taken up a slew of measures across all the sectors, it is going to take time for the results to show up, he said. Banker Uday Kotak, who was in conversation with Chandrasekaran, made a pitch for a focus on the financial sector.

Chandrasekaran said the slowdown is creating a pressure on jobs, and while the cyclical issues ailing the economy get addressed, there are strengths in the structural front, like the demography, and also opportunities presented by technological breakthroughs where India has the edge.

The Tata group chairman, who also sits on the RBI's central board, said more needs to be done to ensure that the small business owner is getting the required funding. Kotak, who has headed a SEBI panel on corporate governance, said there is a need for small businesses to improve on governance, and there are cases of money being diverted for non-core activities like land buys.

Chandrasekaran, the career TCS engineer who went on to lead the $110 billion group, rued that technology has become "elitist" in India where only a few are deriving benefits. As a solution, he called for more democratisation of technology. There is also a need for attitudinal shift when it comes to entrepreneurship, Chandrasekaran said, adding that rather than focusing on creating billion dollar valuation businesses, we should look at it for creating jobs and improving the quality of life in general.

Kotak said his bank is adding up to 6,000 people per year or ten per cent of its workforce because of the benefits offered by the "phygital" (physical plus digital) approach.