Indian Railway may soon put on track the next generation Maglev trains that will be two-times faster than the proposed bullet train between Mumbai and Ahmedabad. 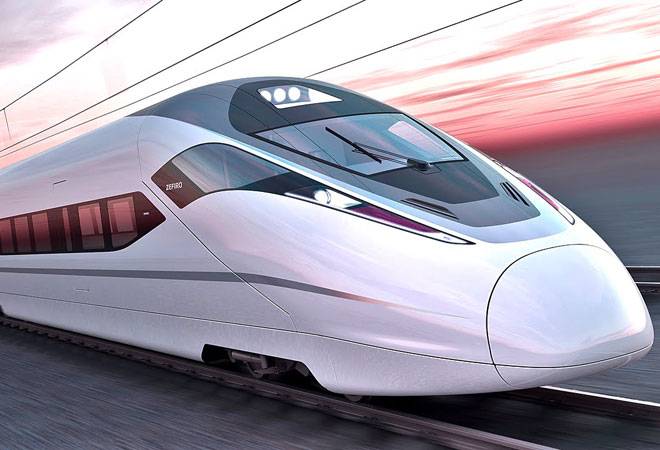 A train 2X faster than bullet train is coming to India

Indian Railway may soon put on track the next generation Maglev trains that will be two-times faster than the proposed bullet train between Mumbai and Ahmedabad.

The Railway Ministry will be entrusting the task to its engineering wing RITES to explore the feasibility of developing the corridor on PPP model and the possible funding patterns.

Sources said the consultant will be asked to prepare a feasibility report and subsequently work will begin on preparing the detailed project report (DPR).

A railway board official said the mechanical wing of the railways has sent a formal proposal to the finance department to work out the expenditure on the project.

ALSO READ: 'If it fails, then I am to blame,' PM Modi reportedly told cabinet on demonetisation

Since, the project would require huge investment, the government has no option but to develop the same on PPP model. An expression of interest was issued by the ministry to which six private companies including two global firms have responded so far.

Top sources in railway ministry said once the project estimate is prepared, the railways may offer its vacant land for the construction purpose and also bear the cost partially.

Since the Maglev train system will be entirely different from the existing railway network, the operation of these trains could be handed over to private agency.

Officials said the DPR will include the tentative routes, cost estimate and the fare structure. As per the plan, the corridor will be developed along congested stretches like Delhi -Howrah, Delhi-Mumbai and Delhi-Chennai so that it receives adequate passenger footfall.

This will help in keeping the fares on the lower side. Earlier, two global companies, American Maglev Technology Inc. and SwissRapide AG, conveyed to the government their interest in developing high-speed trains using magnetic levitation technology for India.

ALSO READ: From illiteracy to cyber security: Why Modi's cashless society dream is a far cry

Globally, only a small number of countries have used the Maglev systems including Germany, China, Japan, South Korea and the US.