Since investing billions of dollars into an area with large swathes of marshy wasteland, Adani has transformed Mundra into an industrial zone hosting India's largest commercial port and the country's largest privately-owned power plant. 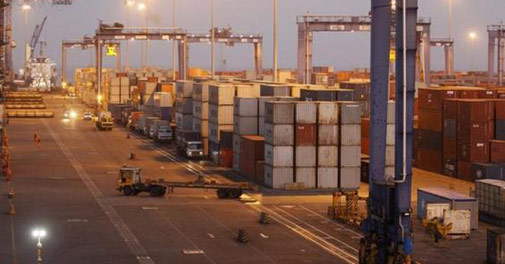 The new government has given Adani Ports and Special Economic Zone , the green light to develop an 8,481 hectare coastal plot of land in western India, clearing the way for the group to build a huge desalination plant, Adani said on Wednesday.

The clearance process had stalled under  previous government, which lost power to Prime Minister Narendra Modi in May, and Adani has waited several years to get the go-ahead.

Adani, part of billionaire Gautam Adani's conglomerate, said in a statement the environment ministry had granted environment and coastal regulation zone clearance for its Mundra Special Economic Zone, a huge industrial hub where it also plans to build an effluent treatment plant.

Since investing billions of dollars into an area with large swathes of marshy wasteland, Adani has transformed Mundra into an industrial zone hosting India's largest commercial port and the country's largest privately owned power plant.

The rapid growth of Mundra, a once-remote coastal town on the Gulf of Kutch in Gujarat, has prompted some opponents to say the local government, then headed by Modi, favoured Adani with cheap land. Adani denies he has been granted any undue favours.

Adani's rapid ascent to the top tier of Indian business is often associated with the rise of Modi. Shares in listed Adani Enterprises have surged almost 70 per cent this year, largely in the run-up to Modi's election victory in May.

Adani Ports' stock closed up 6.82 per cent on Wednesday, outpacing a 1.27 per cent rise in the benchmark.

Long pushed by India as a way to encourage foreign direct investment and grow exports, special economic zones are exempt from certain labour laws, as well import and excise duties.