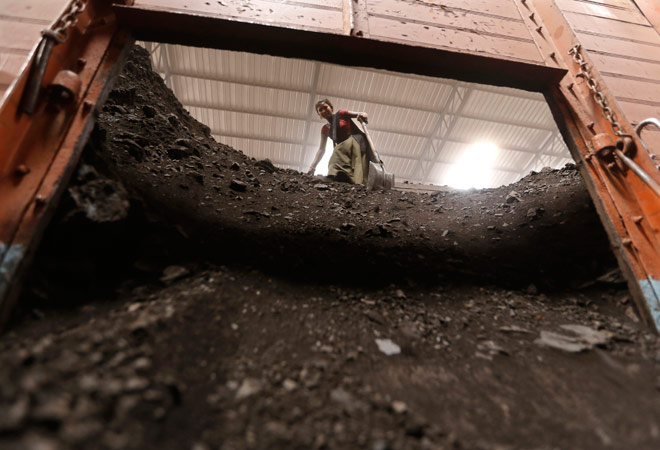 The government raked in a record Rs 22,600 crore by selling 10 per cent stake in Coal India Limited (CIL)-in the biggest-ever disinvestment- on Friday but markets posted their biggest fall in three weeks as money was rerouted from the buoyant secondary market to the primary market given the large-sized offering from the country's biggest miner.

Market players said that selling pressure grew as investors liquidated their positions to invest in the share sale. The poor financial results of banks contributed to the market's decline as well. Total investor wealth slipped by more than Rs 1.5 lakh crore. Bank of Baroda reported a whopping 68.1 per cent fall in net profit at Rs 334 crore in the third quarter on account of higher provisioning for non-performing assets and taxes while there were concerns about bad loans in ICICI Bank results as well.

The over-subscription demonstrates increasing confidence of investors in the government's initiative to bring about reforms and improvement in the economy.

Meanwhile, the CIL issue received bids for 67.52 crore shares of the value of Rs 24,210 crore over-subscribing the offer 1.05 times.

It is a matter of great satisfaction that the biggest-ever issue has concluded successfully. … We are giving it our best shot to achieve the disinvestment target

The demand from institutional investors exceeded the number of CIL shares on offer as a result of which the issue was sold out before the market closed boosting the faltering disinvestment plan.

The retail investor portion remained undersubscribed at 44 per cent 12.63 crore shares reserved for them could get bids only for less than half the size (5.56 crore).

"The amount of funds that were required to participate in the Coal India issue was huge. To generate funds, investors had to liquate their existing positions. Banking stocks, which have rallied sharply, saw profit-taking," said Deven Choksey, managing director, KR Choksey Securities.