Delhiites visiting the Connaught Place market will now be able to avail Wi-Fi services which were launched by New Delhi MP Meenakshi Lekhi at the Central Park. 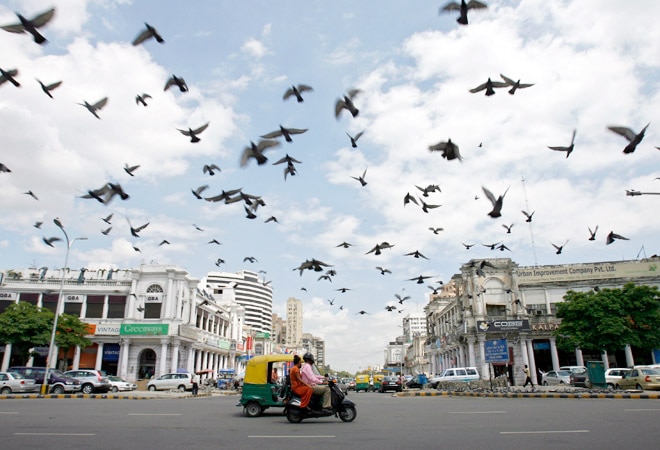 Delhiites visiting the Connaught Place market will now be able to avail Wi-Fi services which were launched by New Delhi MP Meenakshi Lekhi at the Central Park.

The civic agency has partnered with Tata Teleservices to provide the service, which will cover the Inner and Outer Circles of one of the most significant business and leisure centres in the city.

The visitors can avail the facility on their mobile phones and computers by filling in details such as e-mail ID and mobile numbers.

A one-time password (OTP) will then be received to connect to the internet.

The service will be free of cost for the first twenty minutes and after the free usage time is exhausted, the user will have to do a recharge using recharge cards available at various shops, including Tata Docomo retail outlets, in the area.

This Wi-Fi service has come up in more than 5-sq km area and will be applicable in the Inner and Outer circles of Connaught Place including the Central Park.

"This Wi-Fi service in Connaught Place will be the largest ever in India. At a time, the service can be availed by 5,000 people with the speed 512 Kbps," the statement said.

Launching the service, Lekhi, who is also a council member of the civic body, said "These initiatives are in line with Prime Minister Narendra Modi's vision of a Digital India, which would enable greater transparency and better governance".

"The deployment of Wi-Fi services in one of the biggest public open-areas in the city is a nod to the emerging trends of data consumption, especially by millennial. For us at Tata Docomo, public Wi-Fi access is an important step towards digitisation in the city," Tata Teleservices MD N Srinath said.

Earlier this year, Khan Market became the first public space in the city to officially get Wi-Fi access, also powered by Tata Docomo.

The project got slightly delayed in Connaught Place due to various technical and logistical issues.

Initially, the service could not be connected from pole to pole, as done in Khan Market as Connaught Place is a larger area.

With the help of the private concessionaire, the civic agency has created hotspots to ensure seamless connectivity in Inner and Outer Circle.

Also the cables and transmission wires were shifted inside the 1.2 km long utility tunnel in CP, so that the display of the market doesn't look ugly, said O P Mishra, Director, Projects, NDMC.

"Connecting one of the most vibrant and busy parts of the city with the world through internet, round the clock, is a milestone in the process of city's urban development.

"Enriching facilities such as the Wi-Fi connectivity across Connaught Place showcase the futuristic path NDMC has taken to bring the city at par with international standards," NDMC chairperson Jalaj Shrivastava said, adding, New Delhi Municipal Council is the first municipality in India to have free public Wi-Fi zone.

In the next step, NDMC plans to connect whole of the area under its jurisdiction with the Wi-Fi services and has already partnered with Reliance for the same.

"Reliance has already been given 680 poles on a trial basis to test 4G connectivity. We are looking at mainly residential places where the residents can derive maximum benefit from this service," Mishra said.

The project will be completed by March 2015, he said.