"Since both Botanical Garden and Kalkaji Mandir stations are inter-change stations, there will be a significant reduction in travelling time between various destinations especially those on the Blue and Violet Lines," DMRC said. 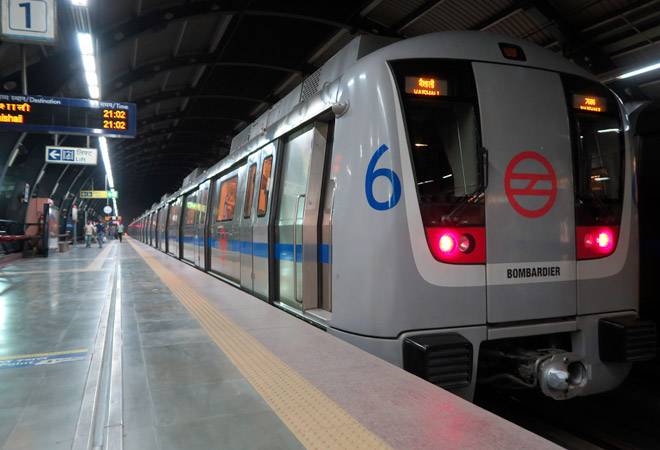 Coming as a good news for Delhi Metro commuters, the Botanical Garden Metro Station will soon start functioning as an inter-change station, the Delhi Metro Rail Corporation (DMRC) said today. With this, the Botanical Garden station will be the first metro junction outside Delhi under the Delhi Metro network. The upcoming Magenta Line connecting Noida to Delhi will pass through this metro station once it becomes operational. This new route is expected to significantly cut travel time.

"This metro station, on the busy Dwarka-Noida Line, will connect Noida directly with important locations in south Delhi, such as Nehru Place and Kalkaji. Passengers travelling from Noida to Faridabad will now be able to change trains at the Kalkaji Mandir station and go directly to Faridabad. Since both Botanical Garden and Kalkaji Mandir stations are inter-change stations, there will be a significant reduction in travelling time between various destinations especially those on the Blue Line and Violet Line," the Delhi Metro said in a statement.

The Botanical Garden-Kalkaji section will have nine stations. Apart from Kalkaji Mandir one, all other stations will be at elevated altitude. However, the DMRC clarified that even after the work on Phase-3 is completed, the Botanical Garden station will remain the only inter-change station situated in the Nactional Capital Region (NCR).

"This station is going to provide inter-change between Line 3 (Noida City Centre-Dwarka Sector 21) and the Botanical Garden corridor-Kalkaji Mandir (13.5 km-lomg Magenta Line of Phase 3 (Line 8), which is expected to be commissioned soon," it said.

And after the subsequent extension of the Magenta Line from Kalkaji Mandir to Janakpuri West in the near future, the travel time between Noida and Gurgaon will come down by about half-an-hour to 50 minutes, with an inter-change facility at the Hauz Khas station, it added.

At present, a journey from HUDA City Centre in Gurgaon to Botanical Garden in Noida takes about 1.5 hours with inter-change at the busy Rajiv Chowk metro station.

The new station building has been connected with the existing station with the help of a slab of about 20 metres wide and 100 metres long. There is platform-to-platform and concourse-to-concourse connectivity. Therefore, there is both paid area and unpaid area connectivity, the DMRC said.

Besides, Delhi Metro has also set up "Indias first-ever elevated stabling yard for metro trains at Jasola Vihar", it said.