"I personally think prices have room for declines though not as steep as Goldman," said Tomomichi Akuta, senior economist at Mitsubishi UFJ Research & Consulting. 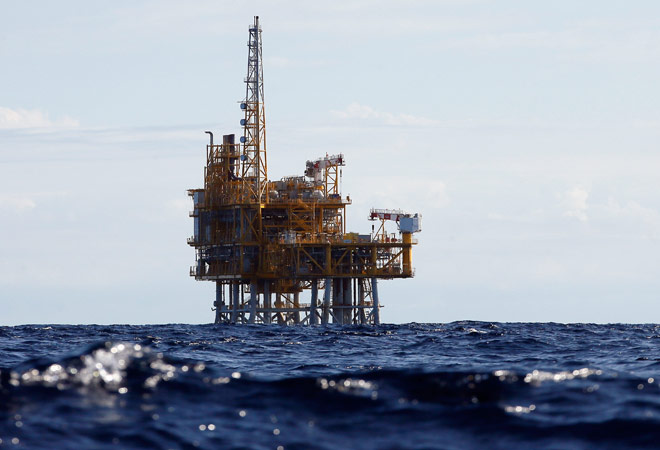 Goldman Sachs has slashed its 2015 oil price forecasts, making it the most bearish among major financial institutions, following a near 25 per cent fall in crude prices over the past five months.

The US investment bank said rising output will outstrip demand - and its new numbers weighed further on benchmark Brent crude prices - as forecasters generally pare back estimates for oil due to slowing global growth, a strengthening dollar and ample supplies.

Goldman analysts said in a report released late on Sunday that they expect US benchmark West Texas Intermediate (WTI)crude to fall to $75 a barrel and Brent to $85 a barrel in the first quarter of 2015, both down $15 a barrel from their previous forecast.

WTI could fall as low as $70 in the second quarter and Brent as low as $80, when oversupply would be the most pronounced, before returning to first-quarter levels, Goldman said.

Goldman's projections contrast with those of Standard Chartered Bank's oil analyst Paul Horsnell, known for having called the market's long rally a decade ago. He is sticking with a more bullish bias.

Last week, Horsnell and his team cut their first quarter Brent forecast to $98 but pared back their forecast for calendar 2015 by just $5, to $105 a barrel.

Brent crude futures dipped 0.3 per cent on Monday to less than $86 a barrel, extending their decline despite a continued easing of worries over the global economic recovery, said Tomomichi Akuta, senior economist at Mitsubishi UFJ Research & Consulting.

"I personally think prices have room for declines though not as steep as Goldman," Akuta said.

NYMEX crude for December delivery was up 4 cents at $81.05 a barrel by 0848 GMT, after settling down $1.08 on Friday following a spike up on Thursday.

If WTI fell to $70 a barrel next year, as Goldman Sachs is forecasting, it would be the US benchmark's lowest level since mid-2010.

Goldman said production outside OPEC countries was expected to accelerate, led by Brazil and drilling in the Gulf of Mexico with the end of extensive deep-water maintenance following the 2010 Macondo disaster.

Among OPEC countries, Iraqi production is seen increasing by 200,000 bpd and Libya's output stabilising at about 700,000 bpd, compared with recent production of about 900,000 bpd.

Iranian production and exports are unlikely to see further growth because Goldman analysts do not expect a resolution to the country's nuclear dispute with the West by the Nov. 24 deadline, meaning sanctions on Tehran will not be lifted.

On the demand side, growth has only averaged 630,000 barrels per day year-on-year so far, less than half Goldman's initial forecast for 2014, the report said.

Global economic growth is forecast by Goldman analysts to increase to 3.5 per cent next year but there is a "risk that the historical relationship between global GDP growth and oil demand has weakened," the report said.

Anthony Jude, a senior adviser on energy and sustainable development matters for the Asian Development Bank, cited falling US oil imports as the primary reason for lower global oil prices.

The United States is "producing an additional 3 million barrels per day because of shale oil", he said on Monday on the sidelines of Singapore International Energy Week.

US crude oil imports have fallen to 7.0 million-7.6 million bpd from peaks above 10 million bpd in 2005 and 2006 since the advent of the shale oil and gas boom, according to data posted on the website of the US Energy Information Administration.

"US shale is the marginal swing barrel in the new order," Goldman said, adding that a slowdown in production will happen when WTI falls to $75 per barrel.

"US shale oil production has continued to surprise to the upside with US domestic oil prices incentivising strong investment," the report said.

Once prices fall and US production slows, Goldman expects cutbacks among OPEC producers including Saudi Arabia, which has been content to let prices fall in the hope of forcing US shale producers out of the market.

"Any near-term OPEC production cut will be modest until there is sufficient evidence of a slowdown in US shale oil production growth," the report said.