Govt to stick to its plan to open up coal industry to private firms, says Piyush Goyal

The CIL union called off a five-day strike in its second day on Wednesday, after Piyush Goyal assured them a committee would be formed to address their concerns. 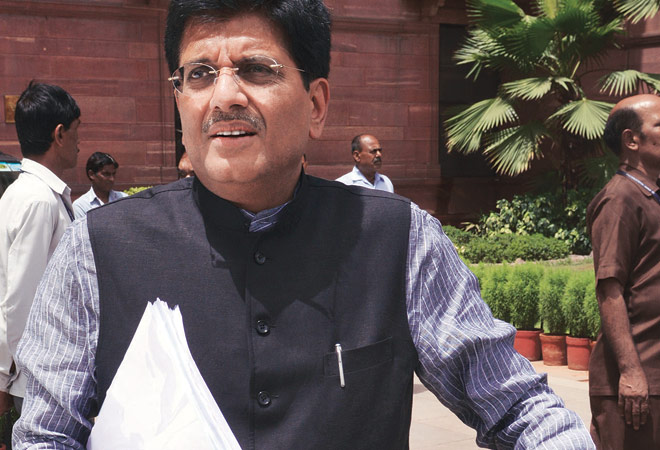 Government will stick to its plans to open up the coal industry to private firms and sell a stake in state-run Coal India, despite the resistance by mine workers, the coal and power minister Piyush Goyal said on Thursday.

The five mineworker unions of the world's largest coal miner called off a five-day strike in its second day on Wednesday, after Piyush Goyal assured them a committee would be formed to address their concerns.

The strike had been seen as a test of Prime Minister Narendra Modi's resolve to push through tough economic reforms.

Mineworkers fear the entry of private companies will pressure Coal India to reduce costs, eventually leading to pay and job cuts at the inefficient state behemoth that accounts for about 80 percent of the country's total output.

"If they have any concerns they are always open to further discussions and dialogue." Goyal told a news conference.

"(But) there is absolutely no change in any of our plans."

In late December, Modi resorted to a rarely-used executive decree to implement coal reforms that would allow an auction of coal mines and lead to private companies commercially mining the fuel for the first time in 42 years.

The government is also looking to divest a 10 per cent stake in Coal India in a sell-off drive to meet its budgetary needs.

Goyal said he hoped the formation of the committee will help Coal India workers air their views so that they "do not have to go on strike again".

S.Q Zama, secretary general of the Indian National Mineworkers Federation, said that though Goyal did not agree to consider reversing the decision on commercial mining, workers were relieved that the government will not fully privatise Coal India as many had feared.

The first two days of the strike led to a production loss of about 1 million tonnes for Coal India, which normally produces about 1.4 million tonnes a day during this time of year.

Goyal said the unionised miners have promised to help make up for the loss.