Power secretary PK Sinha reckons that coal mine auctions will galvanise activity in the sector. 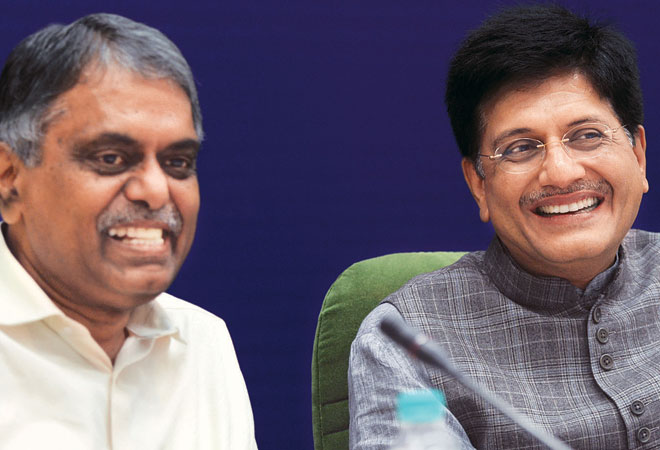 Achieving the milestone is a tall order given India's recent history with power sector reforms, but coal and power minister Piyush Goyal and power secretary PK Sinha are adamant on delivery.

In a conversation with MAIL TODAY on Friday, Sinha outlined the programmes on both the rural and urban side. It is clear that incentives for renewable energy will be one of the focus areas in the forthcoming Budget.

Sinha said that amendments to the Electricity Act, 2013, will provide a robust platform for delivery in the future.

"The Bill has been introduced in Parliament and referred to the standing committee. It is extremely consumer friendly. It will enable competition in distribution. You will get a choice of your own electricity supplier, which will result in market-determined tariff."

On the rural side, the government has already launched the Rs 43,000 crore backed Deendayal Upadhyaya Gram Jyoti Yojana, which makes a distinction between non-agricultural and agricultural users.

It also strengthens the feeder and distribution systems, opens up mini and micro grids and launches metering in rural areas.

Sinha said, "We are now preparing statespecific action plans and have already tied up with Rajasthan and Andhra Pradesh.

On the urban side, we have initiated the Integrated Power Development Scheme, which pushes for IT enablement on both the transmission and distribution side." Like Goyal, Sinha reckons that coal auctions will galvanise activity in the what had become a litigious and dormant sector.

"It will lead to competition and increase efficiency in mining thereby raising not just output, but availability. Most big private power developers are preparing their bids and have shown tremendous interest", he said.

"We are following a reverse auction methodology and for starters will be putting up already-producing and near-toproduction mines so that there is a seamless transfer to the new players. The bigger problem is to effectively deal with stranded assets-both coal and gas fired. We have initiated a gas pooling proposal, but this has been in the works for long and as long as availability of domestic gas is zero; it is a struggle. With the pooling policy we hope to pool it with LNG and provide it to end users at an affordable price, but it is extremely challenging", Sinha further added.

Govt to stick to its plan to open up coal industry: Goyal

Package to bail out SpiceJet to be finalised by Jan end