Centre committed to growth of IT sector: PM

Noting that the country has witnessed phenomenal growth in the Information Technology sector, Prime Minister Manmohan Singh said the Centre was committed to providing an enabling environment to encourage further growth in this field. 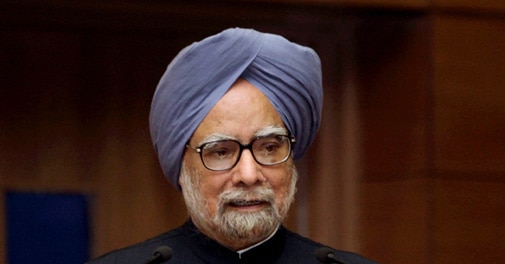 Noting that the country has witnessed phenomenal growth in the Information Technology sector , Prime Minister Manmohan Singh on Saturday said the Centre was committed to providing an enabling environment to encourage further growth in this field.

Speaking after laying the foundation stone of the Tata Consultancy Service (TCS) Global Learning Centre, claimed to be the largest in the world, he said the Centre would "contribute toward an objective that is one of our national priorities-that of imparting skills training to our young men and women on a very large scale."

"Pursuant to the recommendations of the Rangachary report, several taxation issues confronting the IT sector have been addressed.We are also engaged in the resolution of issues pertaining to immigration and visas and trying to improve the hardware ecosystem and are exploring the establishment of two semiconductor water fabrication manufacturing facilities," the Prime Minister said.

Singh said his government had set very ambitious targets for itself in the area of skill development and was working hard to achieve them. "We have taken several initiatives in this area and some of them have involved partnership with the private sector," he said complimenting TCS.

The Prime Minister said he expected the proposed global learning centre of the TCS would be the largest facility for IT training in Thiruvananthapuram. It would be able to train around 50,000 associates when fully functional.

"I am confident that the Centre, which proposes to integrate elegant design, ecological thinking and modern technology, will set global benchmarks for corporate learning institutions," he said.