N Chandrasekaran, the Chairman of Tata group, called for the importance of data excellence in every business for achieving growth. 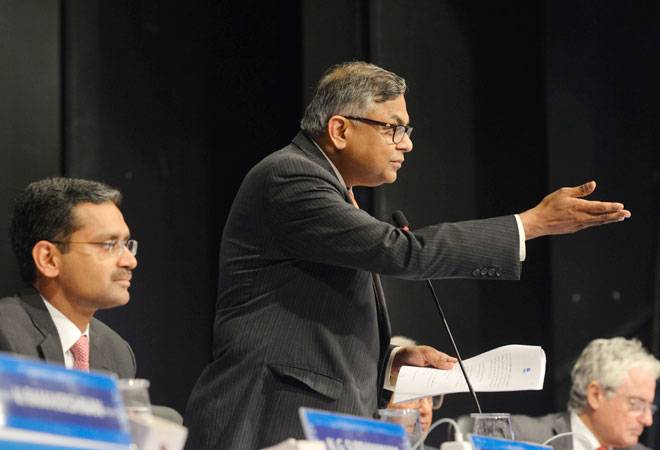 N Chandrasekaran, the newly appointed chairman of Tata group, called for the importance of data excellence in every business for achieving growth.  He was addressing the shareholders of TCS for the first time after becoming the head of the group in February. "Data excellence is becoming an important factor in building business--- not only in technology industry but in automotive, retail, pharmaceutical, banking, media, utilities and every other industries," said Chandrasekaran. "It is an era of data. The data, which is relevant for the respective industries, should be followed diligently for growing the business", he adds.

"Digital is forcing companies to adopt new methods of doing business. In the digital world, business is getting embedded in technology. It was the process excellence that gave results to companies in their performance in the last 2-3 decades. But that has been changed to data," he added.

He said that nothing has changed in the US visa matter, despite the restrictions from Donald Trump government. "Nothing has changed on the ground. We (TCS) continue to operate and recruit people in every market, including the US, the UK, Australia and Canada," he explained.

TCS adopted technologies fast--- from mainframe to client server to ERP to internet systems, said Chandrasekaran. "We managed to be ahead of the curve, investing significantly in training, building tools, methodologies and intellectual property. In short, people have been skilled and given the tools to grow the business. We have 2 lakh professionals in 6 lakh competencies today," he said.

"If you had bought one share TCS in the 2004 IPO, it fetched a return of 1000 per cent, including cash dividends and bonus," said Chandrasekaran.

TCS, in 2017, increased its revenue to $17.58 billion from $16.5 billion and profit to $3.92 billion from $3.7 billion. It made $3 billion revenue from digital business alone, a 28 per cent growth over the previous year. Also, the software services giant completed Rs 16,000 crore buy back last year. The offer was oversubscribed by 222 per cent.