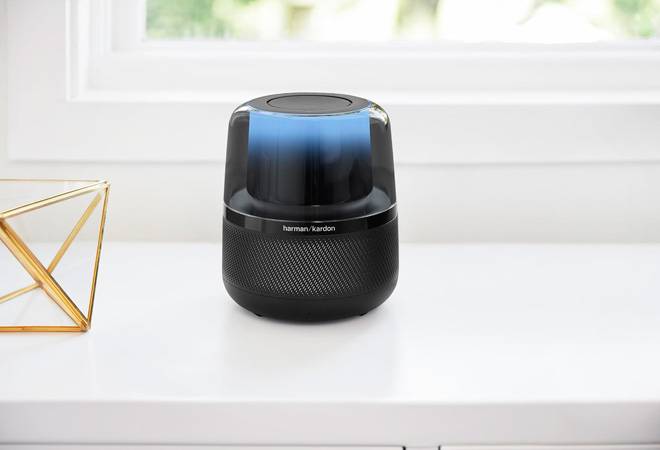 One of the leading names in the audio industry, Harman International has launched Harman Kardon Allure in the Indian market. This is a voice activated intelligent speaker that works with Amazon Alexa Voice service. Unveiled at IFA in Berlin in August 2017, India launch of  the Allure comes just over a month after Amazon launched its Echo range in the country.

Priced at Rs 22,490, the Allure has 360-degree ambient lighting design glows from within. The ambient light will react to the voice commands and move along with the rhythm of the music. Transducers and built-in subwoofer produce 360-degrees of rich and powerful sound that fills up every corner of the room. It comes with built-in 4-microphone array with advanced noise cancellation technology allowing hands-free voice control from across the room. It can be paired with Alexa's intuitive voice technology and can be controlled by voice commands. With support for over 11,000 skills support, the speaker can be used to play muysic, read news, make purchases from Amazon India and more.

"We're excited to launch this much sought-after product in India. Ever since its launch at IFA in August - we have seen tremendous interest and demand for the Harman Kardon Allure from our Indian customers" said Sumit Chauhan, Vice President - Lifestyle Audio Division at Harman India. Harman International is a a wholly-owned subsidiary of Samsung Electronics Co., Ltd. , which focuses on connected technologies for automotive, consumer and enterprise market.