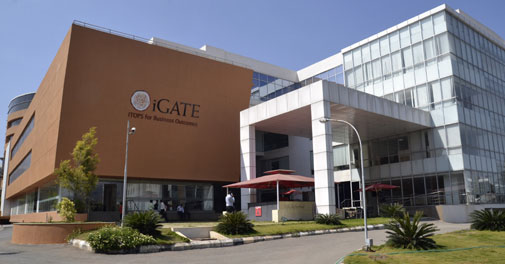 Outsourcing firm iGate has reported 7.5 per cent increase in net income at $33.1 million for the fourth quarter ended December 31, 2013, helped by large deals in the North American market.

The NASDAQ-listed firm had posted a net income of $30.8 million in the year-ago period, it said in a release.

iGate follows January-December as fiscal year. The figures are on GAAP basis.

Commenting on the performance, iGate President and CEO Ashok Vemuri said: "I am happy with the company's performance in 2013 and particularly pleased with the nature of large deals signed during the year."

On a quarter-on-quarter basis, iGate's net income rose by 3.76 per cent and revenues were up by 2 per cent.

Vemuri further said: "We have successfully finished regrouping the organisation into vertical-based business units that bring in more industry knowledge and solutions, move us closer to the customer, and increase the depth and accountability to the business."

"I am pleased with our growth in net income in 2013 while we continue to deliver strong earnings per share. In order to better position us to create more shareholder value, we entered into a credit agreement during the fourth quarter and expect this to lower our debt servicing cost and therefore better our earnings and profitability from 2014," iGate CFO Sujit Sircar said.

As of December 31, 2013, iGate had 29,733 employees with a net addition of 1,450. The company added nine new customers during the fourth quarter, including five Fortune 1000 companies.