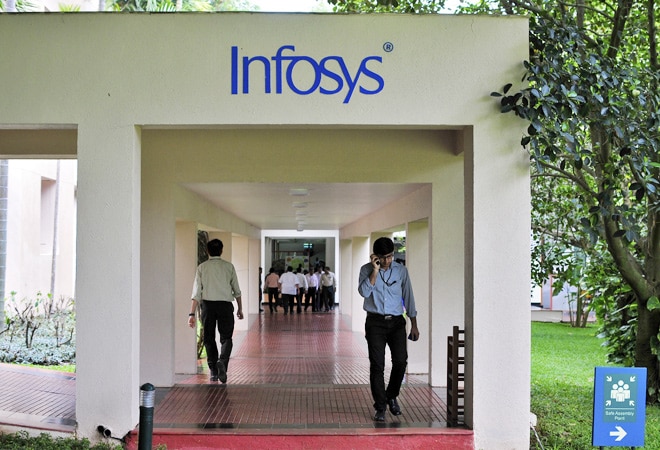 Infosys, the country's second largest IT company, on Tuesday reported a 5 per cent increase in quarterly net profit, bolstered by a surge in demand for software outsourcing services from clients in the United States, its biggest market.

The IT major, which provides IT services to clients like Apple Inc, Volkswagen AG and Wal-mart Stores Inc, posted Rs 3,030 crore ($475.85 million) in profit in the June quarter, up from Rs 2886 crore a year ago.

Industry body Nasscom expects the Indian IT-BPM sector to grow 14-16 per cent in dollar terms for the fiscal.

"Our efforts in redesigning our clients' experience and our widespread adoption of innovation, both in grassroots and breakthroughs, are starting to bear fruit in large deal wins and in the growth of large clients," Infosys CEO and Managing Director Vishal Sikka said.

While Infosys is still early in its journey to become the leading next-generation services company, this gives a good momentum for the rest of the year, he added.

Pricing environment is competitive, which Infosys is addressing through automation and improvement in productivity, he added.

The company added 79 clients in the said quarter, signed six large deals with a total contract value of $688 million. Its volume growth stood at 5.4 per cent. Client wins included a multi-year contract from a major German bank for application maintenance services, digital and mobility services, package implementation, and testing services.

Liquid assets, including cash and cash equivalents, available-for-sale financial assets and government bonds, were Rs 30,235 crore in the quarter under review compared to Rs 32,585 crore as on March 31, 2015.

Shares of Infosys rose by 11.05 per cent on the Bombay Stock Exchange to close at Rs 1112.65 apiece on Tuesday.