IT services exporters hit by dollar gains against overseas currencies

The cross-currency headwinds crimped quarterly revenue growth of the domestic US $146-billion IT industry by 2.25 to 3.00 percentage points in the final three months of 2014-15. 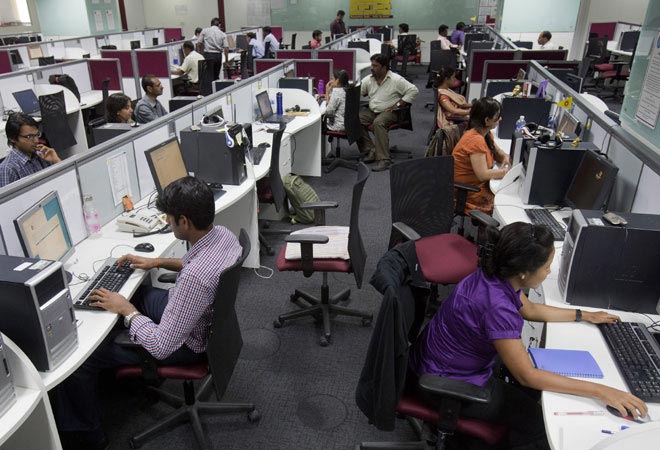 IT services exports to non-US markets, including Europe, have been hit hard by quarterly gains in the dollar against other major currencies - the biggest rise since 2008 - in what was already a seasonally slow period.

The Greenback rose 9 per cent against currencies including the euro in January-to-March from a quarter earlier, driven by the diverging outlook for US monetary policy and economies such as Europe - the second-biggest market of Indian IT services exporters.

The euro's decline coincided with the rupee's strength - bad news for domestic exporters to the euro zone. The euro fell 12.4 per cent against the rupee in its biggest quarterly drop ever.

The rupee found support in a market view that the US will tighten monetary policy at a slower pace than thought, lowering the chances of capital outflows from emerging markets including India. The resulting cross-currency headwinds crimped quarter-on-quarter revenue growth of the country's US $146-billion IT industry by 2.25 to 3.00 percentage points in the final three months of the 2014-15 financial year, according to a report by brokerage and investment group CLSA this week.

The non-US businesses of homegrown IT companies have grown significantly in recent years as they sought to diversify their revenue streams after the 2008 crisis saw a plunge in US business. The software service providers have enlarged their footprint in Europe through acquisitions and local offices. Revenues from Europe have nearly doubled in the last five years for the country's top six IT companies by market value, including Infosys, Wipro and HCL Technologies, outpacing revenue growth from the United States in that period.

The six companies may report revenue growth of 13.2 per cent for the financial year ended on March 31, 2015, according to estimates compiled by Thomson Reuters, the slowest in five years.

"In the March quarter, revenue growth will be down by 2 to 2.5 per cent quarter-on-quarter, but the currency impact should be less in the coming quarters due to reduced volatilities in the cross currencies," said Sarabjit Kour Nangra, vice president of research at Angel Broking. Wipro ready to grab bigger share of IT spend: Senapaty