While working with Mentor Graphics in 2011, Niraj Ranjan Rout had an epiphany. As they were a team of 25 people working in three different countries, a lot of conversation happened through email. 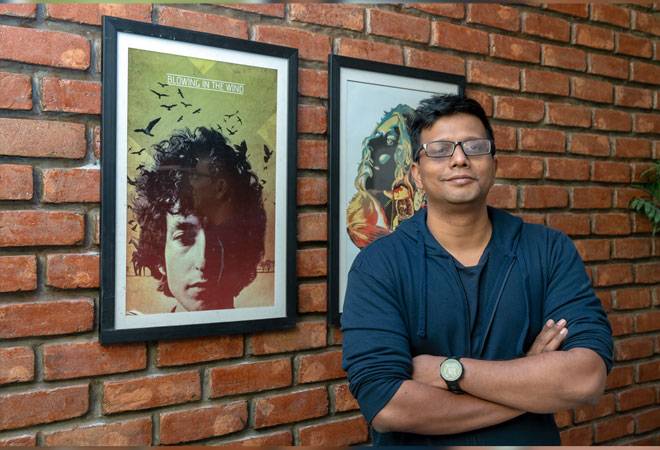 Rout founded Hiver in 2011. The SaaS company initially built a tool that helped users build a knowledge base from email.

While working with Mentor Graphics in 2011, Niraj Ranjan Rout had an epiphany. As they were a team of 25 people working in three different countries, a lot of conversation happened through email.

"We solved hard technical problems through email. We had a convention to put in a document after solving a problem so that people could refer to it later. But, no one would do this. Six-seven months down the line, someone would again ask the same question," he shares.

This experience made him realise that email boxes existed in huge silos where information was trapped. To address this gap, Rout founded Hiver in 2011. The SaaS company initially built a tool that helped users build a knowledge base from email.

"The idea behind it was very simple: When users will have a conversation on email, they will get a button that will say "send to knowledge base". You click on that button and the entire conversation will get extracted and go in the knowledge base," he recalls.

Over the years, the company developed more features and finally built a product that made collaborating for work easier on Gmail.

"Any given company will have such email ids for customer support and sales. Internal email ids will also be for expense reports, accounts payables and accounts receivables. How can you make the collaboration on such email ids better? That is basically what we currently do. Hiver makes it easier for teams to collaborate around shared email IDs," Rout explains.

While they raised $130,000 in seed funding in 2011 from the Citrix Startup Accelerator and Paytm founder Vijay Shekhar Sharma in 2012, the company went through a rough patch for next few years and had trouble raising funds as they did not fit into any category.

"One objection that we always faced was that our product did not fit into a known category. It is not a CRN, it is not a helpdesk, and it is not a hiring solution. It is a bit of all of them, but it does not fit into one slot," Rout says. However, in 2017, they picked up again, eventually finding the right product-market fit and raised $4 million from Kalaari and Kae Capital.

The company today has over 1300 businesses with clients in more than 30 countries across the world. Its maximum customer base -- more than 60 per cent -- is out of the US, followed by Europe and Australia. It doesn't have a very significant client base in Asia. It will also launch its product in German, French and Spanish languages towards the end of Q3. Their product is deployed by companies across sectors and industries.

"We already have customers in these markets but we get constrained because of language barriers and we cannot do customer support. Now, we are doing two things: The person that we hired in the US for business development is now working to build a partnership structure in non-English speaking countries. We are building the product in these languages," Rout said.

According to Rout, their annual revenue is close to $2 million and they are growing at 6-7 per cent a month. The company monetises through a subscription model. It has three plans in place, which starts at $18 per user per month and goes up to $40. They plan to push it up to $32-$33 going ahead. The company is now focussed on tech development and expanding the team in India and the US with aggressive plans for hiring talent across roles.

Fund transfer via RTGS, NEFT set to get cheaper from tomorrow