Rameshan Paleri, chairman of ULCCS, said the members of the society earned about Rs 22,000 a month even at the time of Covid-19 pandemic 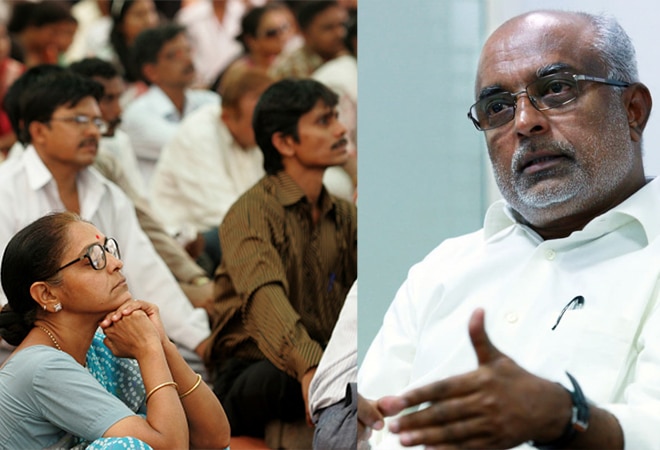 As rampant gloom grips the job market across Gulf countries, a Kerala-based labour contract society is busy recruiting jobless Gulf returnees for its construction projects. Uralungal Labour Contract Cooperative Society Ltd (ULCCS), one of the oldest labour contract societies in India, started in 1925, has recruited over 1,100 workers, who returned from Gulf countries in the last three-four months. With this, the labour society, which executes a handful of road, bridge and building projects in the southernmost state, employs around 12,650 workers.

Rameshan Paleri, chairman of ULCCS, said the members of the society earned about Rs 22,000 a month even at the time of Covid-19 pandemic. "We are putting all efforts for ontime execution of projects, following all safety protocols," he added.

Also read: Jobs at SBI! Multiple positions open across various states; check out how to apply

The society, which largely believes in dispersing the wealth among its members and in the projects, besides social investments, has posted Rs 3.66 crore profit. "The net profit is low, compared to the gross profit, mainly due to the high interest liability on working capital required for the operations which typically have a long gestation period," said Paleri. He added that the society never defaulted its loans in its decades long history.

The society has built 577 bridges, 71,500 km of road and 2,400 buildings so far. It has completed over 7,500 projects and 683 projects under execution. It has executed Calicut City Road Improvement Project, Hill Highway in Kannur and a part of UL Cyberpark in Kozhikode. The cyberpark has more than 2,000 employees working in 72 IT companies. Once completed by 2025, the entire project would be a 32 lakh-square-feet space and would house 50,000 engineers.

The contract value of ULCCS has grown at a rate of 20-30 per cent annually in the last five years. "A detailed SWOT analysis of the ULCCS Ltd. reveals the potential of the Society to grow 10 fold in the coming years," said Paleri. Based on the SWOT Analysis, a five pronged developmental strategy is proposed to foster growth for the organisation. This includes augmentation of technical assets, enhancement of financial strength, development of human resources and strengthening of labour supply by establishing a technical school for bridge and highway engineering, and organisational redesign to develop systems and procedures to facilitate growth, said the president.

ULCCS was started in 1925 by eminent social reformer Guru Vagbadananda in a remote hamlet Uralungal, near Vatakara in Kozhikode District in Kerala, as a novel mass movement against the anarchies of the caste system.

Skilled workers, who lost their jobs due to their social fight against superstitions and partisan practices during 1920s and 30s, had joined the movement and formed the union to solve their unemployment problems. By religiously following its culture of social harmony and selfless service that bonded the initial members of the union, ULCCS had grown into the biggest labour contract society by providing direct employment to workers from rural areas.

The latter half of 1990s was a turning point in the history of ULCCS, heralding a new era of rapid expansion in the number of works, the turnover, the outreach and statewide social recognition. Most of the first generation labour contract societies have become dormant in the last few decades, while new societies that registered during the subsequent periods remained anaemic with little popular participation or support. ULCCS continued its focus on construction projects and earned the reputation for time bound execution within the estimated capital costs.

In order to deliver and ensure quality in raw materials, the society has set up two crusher units at Thottumukkam and Kuttiyadi. Besides mining and crushing, the units are in the business of organic agriculture and cattle farming.

ULCCS inspired many similar labour contract society experiments in other parts of Kerala. It has become the first primary co-operative to be recognised as a Permanent member of International Co-operative Alliance (ICA) -- the only primary society from India.