Amid vaccine shortage, this manufacturing plant in Tamil Nadu is lying idle for 9 years

If functional, the IVC has the capacity to produce one billion vaccines annually. This means it can cater to a large part of the demand of Tamil Nadu as well as the rest of the country 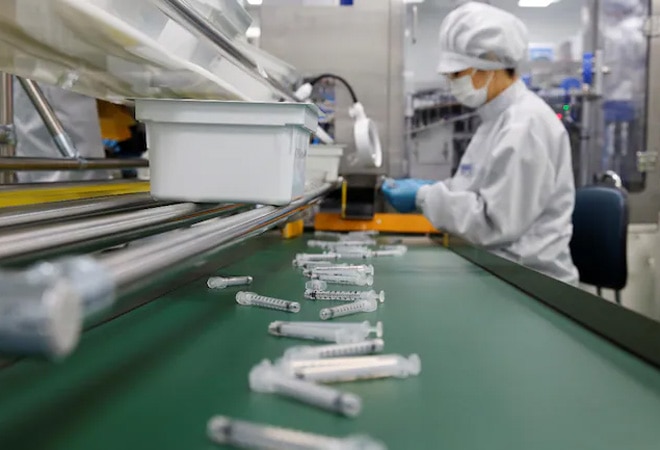 IVC was set up by HLL Biotech and is under the Union Health Ministry. (Representational image)

Centre's state-of-the-art public sector vaccine manufacturing plant, Integrated Vaccine Complex (IVC), in Chengalpattu, near Chennai, has not only been lying idle but also not produced a single vaccine in the past nine years.

The complex, set up over 100 acres of land, was constructed as a project of national importance in 2012. IVC was meant to be the nodal centre for manufacturing, research and supply of vaccines at reasonable prices under the Universal Immunisation Programme of the Centre.

The facility, which could be used for vaccine production in the wake of shortages and growing demand for coronavirus jabs, wears a deserted look.

Although Union Health Minister Dr Harsh Vardhan visited the centre in January this year, when he was in the state during the COVID-19 vaccine test drive, the facility still remains non-operational.

IVC was set up by HLL Biotech and is under the Union Health Ministry.

The Centre has already invested around Rs 700 crore in the manufacturing unit which is almost complete but has been lying unutilised for want of additional funds to the tune of nearly Rs 300 crore, according to sources.

The central government has even floated a tender for vaccine manufacturers to use the facility but hasn't received much response for the same.

Chief Minister M K Stalin on Thursday urged the Centre to hand over the vaccine manufacturing facility to the Tamil Nadu government on lease to commence vaccine production. The modern and high capacity plant is lying unutilised, Stalin said in a letter to Prime Minister Narendra Modi. "The recent attempt to find a private partner to run IVC has also not borne fruit as there were no bidders for it," he wrote.

"I am very keen that this modern facility must be made functional immediately, in the interest of our state as well our nation. This would substantially enhance the nation's vaccine production capacity and cater to the vaccine requirements of the country as a whole and Tamil Nadu in particular," Stalin added.

He proposed that the assets of the IVC may be handed over to the state government on lease, without any past liabilities and with full operational freedom. Tamil Nadu government will identify a suitable private partner immediately and make all efforts to commence vaccine production at the earliest, Stalin assured.

A suitable financial arrangement for the Centre to recover part of its investment could be subsequently worked out after commencement of operations, he said.

"I request your kind intervention to immediately hand over the assets of IVC owned by HBL to the government of Tamil Nadu so that the facility can be put to use at the earliest," he added.

According to sources, even after getting a nod to go ahead, the facility will take nearly three months to become fully operational.

However, if functional, the IVC has the capacity to produce one billion vaccines annually. This means it can cater to a large part of the demand of Tamil Nadu as well as the rest of the country.