The patent was rejected on the basis that "minor changes in the molecule" did not improve efficacy of the drug. 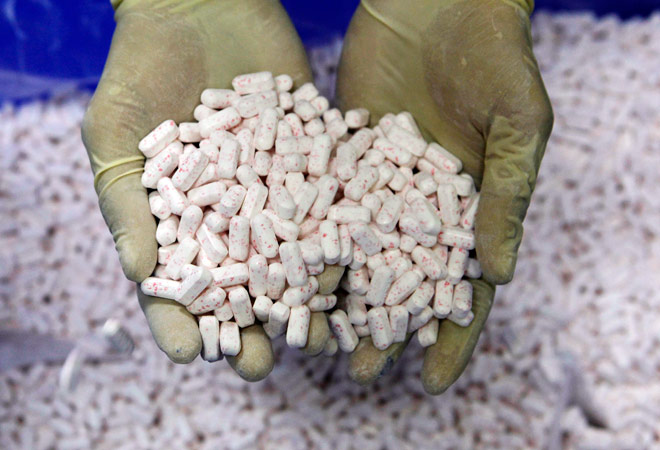 The patent was rejected on the basis that "minor changes in the molecule" did not improve efficacy of the drug.

India does not allow 'incremental innovations' and on the same ground, had rejected the patent for Novartis's cancer drug Glivec, leading to a legal battle that attracted global attention.

The patent application for Sovaldi was opposed by Indian generic drugmaker Natco Pharma, the Initiative for Medicines, Access & Knowledge (I-MAK) and the Delhi Network of Positive People (DNP+) in November 2013 and March 2014.

They claimed the drug, chemically called Sofosbuvir, is not inventive enough compared with a previous formulation.

The rejection will allow Indian generic companies to make and sell cheaper versions of the drug in the country.

The oral drug first received regulatory approval in the US in November 2013.

A Liverpool University study says Sofosbuvir could be produced for as little as $101 for a three-month treatment course, said Medecins Sans Frontieres (MSF).

"We know from various manufacturers in India that they could produce this drug in the future for as little as $101 for the full three-month treatment course. That's roughly $1 per pill, which is a big improvement over the $1,000 per pill Gilead is charging in some countries," said Dr Andrew Hill, Senior Research Fellow, Department of Pharmacology and Therapeutics, Liverpool University.

"Sofosbuvir has proved to be a billion-dollar blockbuster drug and we hope today's decision opens the floodgates for more open competition that could rapidly lower the price as 185 million people are infected with Hepatitis C worldwide," said Dr Manica Balasegaram, Executive Director, MSF Access Campaign.

Tahir Amin, a lawyer and Director of I-MAK, said the move to reject Gilead's patent application really opens up the playing field and will help many other generic companies to start producing more affordable versions of this drug.

"This decision provides hope that people in countries that have been excluded from Gilead's licensing deals will be able to access low-cost generic versions of Sofosbuvir," said Vikas Ahuja on behalf of DNP+.