Ahead of Modi visit, US lawmakers ask govt to rethink price cap on stents

In a letter sent to the Indian ambassador to Washington last month, 18 members of Congress said they were "troubled" by the price cap, warning that it could deter firms from launching new medical products in India. 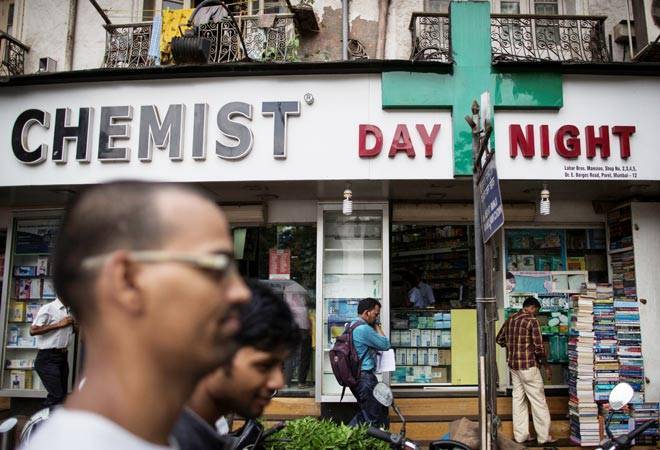 A group of US lawmakers has backed medical device makers by urging India to reconsider its decision to cap prices of heart stents, raising the issue ahead of Prime Minister Narendra Modi's visit to the United States later this week.

In a letter sent to the Indian ambassador to Washington last month, and seen by Reuters, 18 members of Congress said they were "troubled" by the price cap, warning that it could deter firms from launching new medical products in India.

Modi's government has in recent years capped prices of hundreds of life-saving drugs to make them more affordable. And in February, it imposed a 75 percent price cut for certain heart stents - wire mesh tubes used to treat blocked arteries.

The government justified its action by citing "huge unethical markups". But global medical device makers have protested the new cap, with some saying it would force them to sell below cost.

The US lawmakers warned that people would be denied access to the latest medical advances if companies backed away from India's $5 billion medical-technology market.

"The sudden and unprecedented nature of the decision threatens citizens' access to the newest and most innovative medical technologies and raises strong concerns about the business environment in India," they said in the May 22 letter, which has not previously been made public.

The Indian embassy in Washington did not respond to a request for comment.

The US Department of Commerce is likely to raise the issue with Modi during his visit on June 25-26, according to an industry source aware of the plans. "It's one of the biggest pain points," the source said.

"BE PREPARED TO QUIT"

An aide to Modi said companies were being asked to bring down prices of medical devices "or be prepared to quit" the country, and a bureaucrat who works closely with the prime minister's office said raising the matter to diplomatic levels would not influence India's position.

Following the February decision, Abbott moved to withdraw one of its stents from India, but its plea was rejected by Modi's government.

Boston Scientific - which also has a research base near New Delhi - sought a higher price for one of its stents but a government panel declined the request.

Such decisions, the group of US Congress members wrote, had forced companies to sell "leading edge technology in India at a loss".

Signatories to the letter included Indiana Republican Jackie Walorski, and Ron Kind, a Wisconsin Democrat. Both are members of the House Ways and Means Committee.

Before the pricing order, for example, Boston Scientific was selling its high-end Synergy stent for about $3,000 in India, well above its $750 cost, according to a company document seen by Reuters.

The new cap reduces the price to $450, and the company says it would result in losses of at least $7 million this year.

Indian health activists have lauded the government decision to cap heart stent prices, saying it is in the public interest.

"It was found that huge unethical mark-ups are charged at each stage in the supply chain of coronary stents resulting in irrational, restrictive and exorbitant prices in a failed market system," the Indian government said in February.

A month later, NPPA privately asked the health ministry to add at least four more medical devices to a list of essential medicines, opening the way for them to be made subject to price controls.

In their letter, the US lawmakers echoed concerns raised by the medical device industry, saying India's interventionist policy on pricing would hamper innovation and jeopardise investment.

"We are especially worried that comments by government officials signal the intention to double down on this dangerous policy and expand price cuts to other medical devices," they wrote in their letter.