The new COVID testing method implements a highly reliable and accurate molecular diagnostic procedure, conducted in an ultra-low-cost portable device unit, and costs only around Rs 500 per test 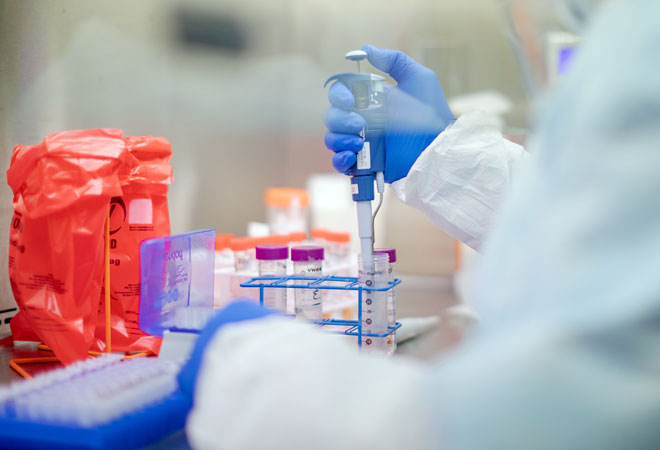 The low-cost COVID-19 testing method 'COVIRAP' developed by Indian Institute of Technology (IIT), Kharagpur has passed the crucial Indian Council of Medical Research (ICMR) scrutiny. The results of the rigorous testing as per the protocols set by ICMR revealed that it is comparable to the results of the gold standard in COVID-19 tests, the RT-PCR tests, with a remarkably high level of specificity and sensitivity.

The new testing method implements a highly reliable and accurate molecular diagnostic procedure, conducted in an ultra-low-cost portable device unit, and costs only around Rs 500 per test. The test results are rendered via a custom-made mobile application for dissemination without requiring manual interpretation. The validation of 'COVIRAP' for its efficacy in COVID-19 detection by ICMR has also resulted in inquiries from commercial units for technology licensing to enable a rapid reach of this innovation to the common people.

ICMR-National Institute of Cholera and Enteric Diseases (ICMR-NICED), the institute which carried out the tests has further certified the test to be extremely user friendly. Notably, the number of tests per one-hour batch in a single machine unit can be further increased to much higher limits, for the purpose of testing on a mass scale.

The researchers claim that the portable machine that replaces expensive RT-PCR can be developed at a cost of less than Rs 10,000 with minimal infrastructural requirement, making the highly reliable and accurate molecular diagnostic procedure affordable to common people and in all parts of the country. The testing process in the machine will not take more than one hour.

"I am glad the researchers from IIT-Kharagpur have achieved the goal of Atmanirbhar Bharat through this medical technology innovation. This would go on impacting the lives of many in rural India as the device is portable and can be operated on a very low energy supply. Minimally trained rural youth can operate this device," Ramesh Pokhriyal Nishank, Union Minister for Education, said.

"This is indeed one of the greatest contributions in the history of medical science, particularly in the area of virology, and is well set to replace PCR-based tests to a large extent," VK Tewari, Director, IIT-Kharagpur, said.

While IIT can produce the testing kit up to a certain scale, patent licensing will facilitate commercialisation opportunities for medical technology companies. "Any corporate or start-up can approach the Institute for technology licensing and commercial scale of production. The Institute is open to tie-ups, with due measures of protecting the interest of public health amidst the pandemic situation," Tewari said.

The clinical trial for validation of the efficacy and superiority of the diagnostic method was funded by the IIT Foundation, USA, and the Common Research and Technology Development Hub on Affordable Healthcare, established by Council of Scientific and Industrial Research (CSIR), Government of India, at IIT-Kharagpur.

The researchers also claim that patented machine unit has not only been proven to be robust during patient sample testing but also extremely flexible and generic. Other than COVID-19 testing, many other tests, falling under the category of 'isothermal nucleic acid-based tests' (INAT), can be performed in the same machine. In other words, influenza, malaria, dengue, Japanese encephalitis, tuberculosis, and many other infectious as well as vector-borne diseases, can be tested using the same machine. This will virtually minimise the need for thermal cyclers or real-time PCR machines, without sacrificing the expected high standards of a molecular diagnostic test, the researchers say.

The appropriateness of the new diagnostic tool in Indian conditions was also demonstrated. Researchers said that during the testing phase of patient samples, all kits, exclusively developed at IIT-Kharagpur, were transported in an uncontrolled environment for hours to the testing unit, to show high levels of stability of the reagents that are being used for the testing. They expect the technology to create a revolution in rapid and low-cost detection by bringing high-end molecular diagnostics from the lab to the field.